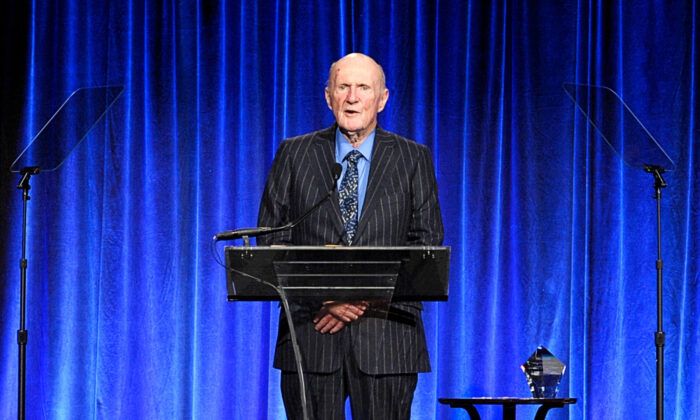 BOSTON—Billionaire investor Julian Robertson, whose Tiger Management once ranked among the world’s biggest and most successful hedge funds and who trained generations of prominent managers known as “Tiger Cubs,” has died at age 90.

Robertson died at his home in New York from cardiac complications, said his spokesman, Fraser Seitel.

The North Carolina-born investor who specialized in picking stocks co-founded Tiger Management in 1980 and grew the firm to oversee roughly $22 billion by the late 1990s, boasting an average annual return of 32 percent.

In 2000, he shuttered the firm, saying he could no longer make sense of the markets which were being fueled by the boom and eventual bust of many technology oriented stocks.

Robertson had a net worth of $4.8 billion, according to Forbes.

“Julian was a pioneer and a giant in our industry, respected as much for his abilities as an investor as for the integrity, honesty, loyalty, and competitiveness he demonstrated as a leader,” Coleman said in a statement. “He made the time to be a true mentor, always leading by example and pushing all of us to become the best versions of ourselves.”

By 2008, some 36 former employees had founded their own funds and managed $100 billion in assets, with Robertson extending seed capital to many of them, journalist Sebastian Mallaby wrote in one of his books.

To keep his staff operating at peak performance, Robertson liked to recruit college athletes with a competitive streak, organized hikes for the team and kept a trainer in the office to encourage the staff to exercise, Mallaby wrote.

More important were Robertson’s own instincts on trading and when to bow out, people who worked with him have said. In 2000 Robertson acknowledged that his pattern of picking cheap stocks with good earnings prospects wasn’t working anymore.

After years of strong returns, Tiger Management suffered a double digit loss in 1999 and started 2000 with more losses.

He wrote to his investors that there was no point in “subjecting [them] to risk in a market which I frankly do not understand.”

“It is hard to think of anyone who had a bigger impact on today’s market participant on the equities side than Julian,” hedge fund manager Jim Chanos told television channel CNBC.

Not all of Robertson’s former staff fared well in the hedge fund industry. Bill Hwang’s Archegos Capital Management collapsed in early 2021 causing about $10 billion of losses at banks including Credit Suisse and prompting federal prosecutors to charge him with fraud, market manipulation and racketeering conspiracy.

Robertson got into the money management business when he joined Kidder Peabody in 1957 soon after graduating from the University of North Carolina at Chapel Hill. He rose to become CEO of Webster Management, Kidder’s investment advisory unit and left in 1978.

Robertson gave away an estimated $2 billion during his lifetime, donating to causes ranging from education to medical research, his spokesman said.

Robertson is survived by three sons. His wife, Josephine, died in 2010.

By Svea Herbst-Bayliss and Carolina Mandl