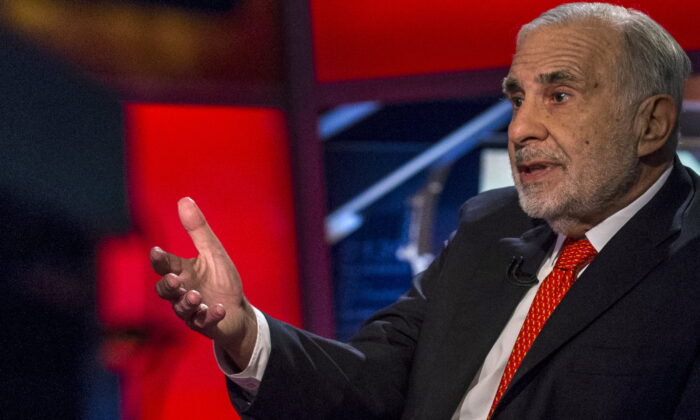 Billionaire activist investor Carl Icahn said on Thursday he had no interest in making a bid for Southwest Gas Holdings Inc, days after the utility said it would evaluate a sale following interest from an unnamed potential buyer.

In an open letter to Southwest’s shareholders, Icahn said his “only interest is to replace the incumbent board of directors.”

If his slate of director nominees were elected, they would continue pursuing strategic alternatives for Southwest, Icahn said, but he would not consider bidding for the utility.

The billionaire also questioned the acquisition interest from the anonymous potential buyer Southwest disclosed earlier this week, saying it was “barely credible.”

“When we state that we began this process because we received an indication of interest well in excess of Mr. Icahn’s $82.50 per share offer, it is a fact,” Southwest said in a statement on Thursday.

The company also said it encourages Icahn to participate in the sale process.

In October, Icahn sought to gain control of the Southwest Gas board and replace its chief executive officer after the company adopted a shareholder rights plan to stop his push to make it abandon a $2 billion takeover of Questar Pipelines.

The billionaire later launched a tender offer for Southwest shares, seeking to buy stock from other shareholders of the company at $82.50 each. Southwest rejected Icahn’s bid as “inadequate” in March.

No reference to Icahn’s offer was made in Thursday’s letter.

By Niket Nishant and Arunima Kumar