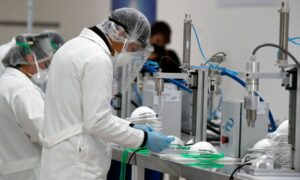 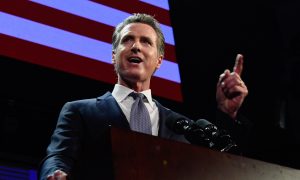 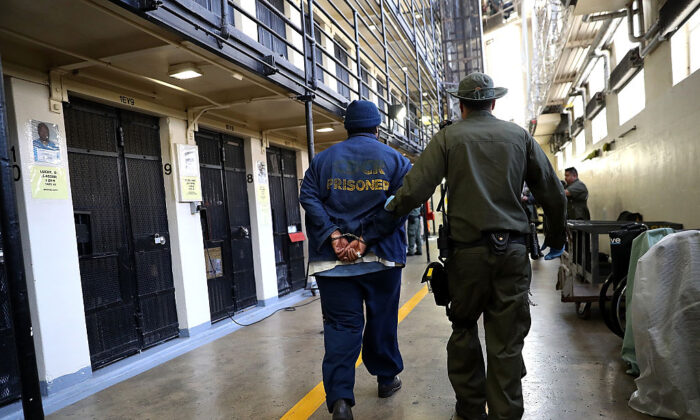 A proposal that would ask California voters in November whether prison parolees should be allowed to vote was approved by a key Senate committee on June 18.

ACA 6 (Assembly Constitutional Amendment 6) seeks to amend California’s constitution to restore the rights of parolees to vote upon their release from state or federal prison.

“An elector disqualified from voting while serving a state or federal prison term … shall have their right to vote restored upon the completion of their prison term,” the amendment states.

The measure, approved by the Senate Elections and Constitutional Amendments Committee on a 4-1 vote, advances to the Senate Appropriations Committee. If it passes there, the bill moves to the full Senate for a vote.

“This measure is not about us, but the people of California having the right to vote on this proposal,” Assemblyman Kevin McCarty (D-Sacramento), author of the bill, told the committee.

McCarty said the bill is a priority of the California Legislative Black Caucus and “would essentially right a wrong here in California.”

“The U.S., as we know, is the envy in the world as far as democracy and voting. However, our road to democracy hasn’t always been that easy. From racially based poll taxes to excluding women, we’ve had to fight for voting justice for over 100 years,” McCarty said.

Sen. Jim Nielsen (R-Tehama) opposes the bill, arguing that preventing parolees from voting is not about prejudice, punishment, or denying a right, but about justice.

“Historically, part of justice has required a forfeiture of voting, because of the severity of the impact of crime on society and on individuals,” Nielsen said.

“I’m going to speak for those who are not here today—the victims of crime,” he said, adding that victims of violent crimes and home burglaries are often traumatized for life.

McCarty called the current voting measures “relics of the Jim Crow system, looking to exclude people from voting in California.”

In the late 1800s, the state constitution restricted citizens who were “insane, mentally deficient, or convicts” from voting. California relaxed some of these restrictions in 1974, but didn’t go far enough, he said.

“Frankly, that was a big progressive step at the time, but they restricted all individuals on parole from voting. And essentially, this [ACA 6] attempts to right that wrong,” he said.

Parole isn’t defined as punishment under the law, McCarty said, but is considered a way of integrating California’s estimated 50,000 former convicts back into society.

“Restricting voting rights is a form of punishment and goes in the wrong direction,” he said.

Neilsen argued that the state has already relaxed the parole system—from supervised to conditional parole in most cases—and shouldn’t reward criminals by rapidly restoring their rights to vote.

“I’m not surprised there are not legions of victims calling in in opposition, because victims of crime are so demoralized now, so cut out of the justice system, so suffering under the injustice, they’ve given up,” he said.

Colorado, Nevada, and New Jersey are among other states that have recently reinstated voting rights to felons unless they are still incarcerated.

The American Civil Liberties Union (ACLU), the League of Women Voters of California, and the Anti-Recidivism Coalition (ARC), among other groups, support the bill; the watchdog group Election Integrity Project California (EIPCa) opposes it.

The bill passed an Assembly floor vote in September 2019.