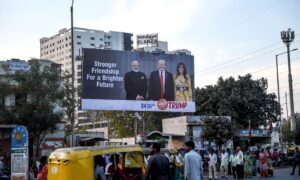 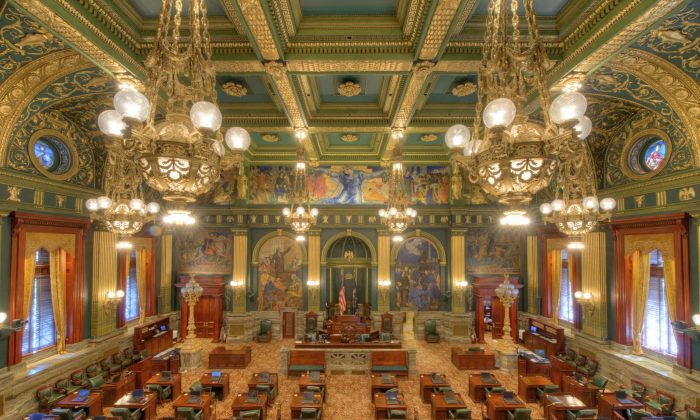 The Senate chamber in the Pennsylvania State Capitol in this file photo. (Courtesy of Bestbudbrian)
US News

A bill to protect and aid children who have been sexually exploited is making its way through the Pennsylvania Senate. This measure complements ongoing efforts by the Trump administration to end sex trafficking.

The bill would provide safe and stable housing, access to education, employment, and life-skills training to children rescued from forced prostitution.

It would also provide the children with treatment for drug or alcohol addiction. In many cases, abducted children who are forced into prostitution become dependent on addictive substances provided by their abusers.

The bill was first introduced in the state Senate in March 2017 and moved out of the House Judiciary Committee on June 6.

The bill would make an exploited child immune from criminal prosecution for prostitution. Instead, the child would be treated as a victim.

“We don’t actually know how many children have been trafficked in Pennsylvania, we don’t yet know how many victims there are. But providing them with this protection, ensuring that they won’t be prosecuted is an enormous step in the right direction,” McClinton said at a June 5 meeting of the House Judiciary Committee, where the bill was approved.

President Donald Trump has made combatting child trafficking and sexual exploitation a key focus of his administration.

“Human trafficking is a modern form of the oldest and most barbaric type of exploitation. It has no place in our world,” Trump said in an April 11 statement.

Around the world, an estimated 4.8 million people are sexually exploited, according to the International Labor Organization. Twenty-one percent of those, or over 1 million, are children.

“The United States is a source, transit, and destination country for men, women, and children—both United States citizens and foreign nationals—victimized by human trafficking and sex trafficking,” the White House said in a statement.

The bill in the Pennsylvania Senate would also provide training to police officers to identify sexually exploited children, as well as in methods to use in interviewing them about sexual abuse.

It also provides for paying for the removal of the tattoos traffickers placed on children as an identifying mark.

Last year, the Department of Homeland Security initiated a total of 833 human trafficking cases. Over 1,600 arrests were made and 578 individuals were convicted.

One in seven children who are reported to the National Center for Missing and Exploited Children was a victim of child sex trafficking.

In April, Backpage.com was seized by the Department of Justice  for being the “Internet’s leading forum for prostitution ads.” The DOJ said ads included the prostitution of children.

“For far too long, Backpage.com existed as the dominant marketplace for illicit commercial sex, a place where sex traffickers frequently advertised children and adults alike,” Attorney General Jeff Sessions said in a statement in April.

“Backpage has earned hundreds of millions of dollars from facilitating prostitution and sex trafficking, placing profits over the well-being and safety of the many thousands of women and children who were victimized by its practices,” First Assistant U.S. Attorney Elizabeth A. Strange said in a statement.