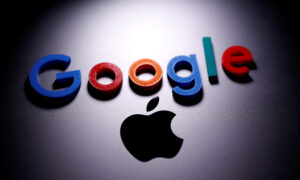 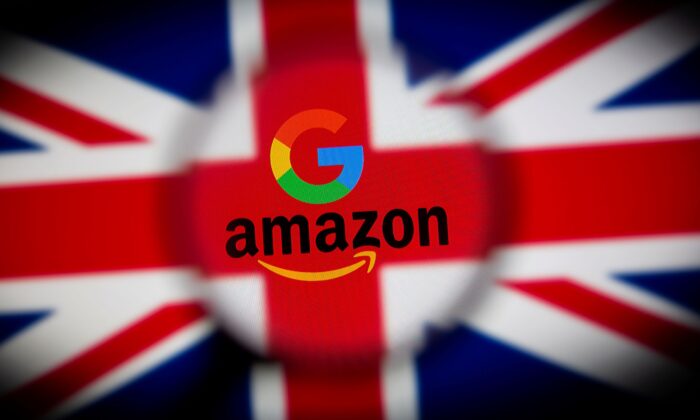 The UK flag, and Google's and Amazon's logos are seen displayed through a magnifier in this illustration picture taken on June 25, 2021. (Dado Ruvic/Illustration/Reuters)
Companies

LONDON—Amazon.com Inc., Google Inc., and other tech companies providing cloud computing to banks in Britain may have to comply with minimum resilience standards and testing, a senior Bank of England official said on Monday.

The Bank of England (BoE), along with regulators in Europe and the United States, is worried about the reliance of banks on a handful of Big Tech firms for cloud computing in increasingly critical banking services, and the impact an outage at one of them could have on financial stability.

“This is a big topic both within the UK and internationally,” Victoria Saporta, BoE executive director for prudential supervision, told an event held by the Institute of International Finance, a global banking industry body.

A global approach would be best, she said.