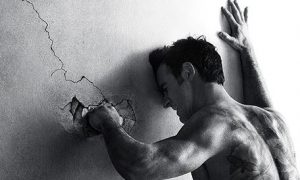 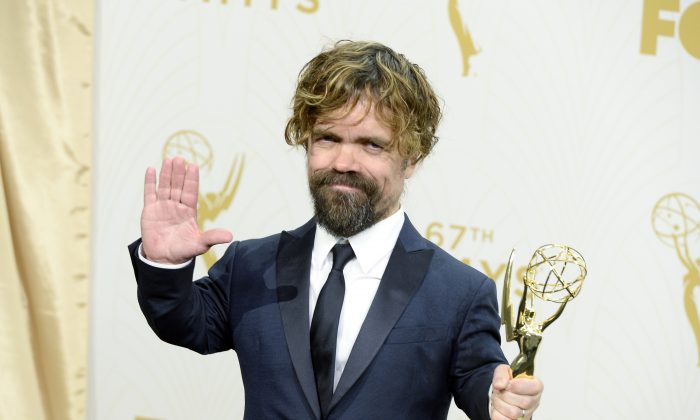 Actor Peter Dinklage, winner of Outstanding Supporting Actor in a Drama Series for 'Game of Thrones', poses in the press room at the 67th Annual Primetime Emmy Awards at Microsoft Theater on September 20, 2015 in Los Angeles, California. (Photo by Kevork Djansezian/Getty Images)
Entertainment

Big Night for HBO at Emmys With ‘Veep,’ ‘Thrones’

In the 67th edition of the television awards show Sunday, Davis became the first woman of color to win best actress in a drama series. Hamm was a sentimental favorite for winning best actor in his last chance with “Mad Men,” and Morgan was an emotional surprise in appearing onstage following his traumatic brain injury in an auto accident last year.

The next closest network was Comedy Central with four. Add in the creative arts Emmys awarded a week ago and HBO took a total of 43 awards (NBC was second with 12). The fantasy drama “Game of Thrones” was the most-honored program in any single year, with a total of 12 awards.

Davis won for her portrayal of a lawyer and professor in the ABC freshman drama “How to Get Away With Murder.” She invoked the words and spirit of 19th-century American abolitionist Harriet Tubman in accepting the award.

“The only thing that separates women of color from anyone else is opportunity,” Davis said. “You cannot win an Emmy for roles that are simply not there.”

“Empire” star Tariji P. Henson, another black nominee in the category, stood and applauded Davis’ win. Other African-American actresses who prevailed Sunday were Uzo Aduba of “Orange is the New Black” and Regina King of “American Crime.”

Hamm had been nominated seven times before for his portrayal of Don Draper in the AMC drama and hadn’t won. The series ended this past year, with Hamm featured in a memorable scene parodied by Emmys host Andy Samberg earlier in the show. It has been a rough year for the actor, who underwent a stint in rehab and broke up with a longtime girlfriend, and the emotion showed on his face.

“I turned around and realized that people were clapping for me,” he said later backstage. “I was mortified. It’s been so nice, all of it. This is sort of the culmination of that wonderful feeling.”

Morgan, the former “Saturday Night Live” star whose limousine was struck by a Wal-Mart truck in June 2014, presented the best drama award and got a warm welcome from the audience.

“It’s been a long road back,” Morgan said. “I suffered a traumatic brain injury that put me in a coma for eight days. When I finally regained consciousness, I was just ecstatic to learn that I wasn’t the one who messed up.”

Samberg was a witty host, with an on-point opening montage that touched on the latest worry among television executives: that there are just too many shows out there for people to keep track of. The opening skit had him going into a bunker for a year to watch all the shows he’d missed, emerging with long hair and a beard.

Stewart, who left “The Daily Show” in August and is being replaced later this month by Trevor Noah, emerged from his television absence with a beard.

“I have been off of television for six weeks, seven weeks, whatever it is. This is the first applause I’ve heard,” he said. “It is a barren wasteland out there.”

“Veep” claimed the top comedy award that ABC’s “Modern Family” had won for five straight years. In fact, it’s only the third different comedy to win an Emmy in nine years; “30 Rock” had won for the three years before that.

“Veep” star Julia Louis-Dreyfus has her own winning streak going: it was her fourth straight win as best comic actress. She read a line she attributed to her show’s writers about how it must be an honor to honor her, then said it had actually been said by GOP presidential front-runner Donald Trump.

“It gets trickier and trickier to satirize this stuff,” she said.

Another much-honored actress, Allison Janney, won a supporting trophy for playing the title character in the CBS comedy, “Mom.”

HBO Go-ing Away From Cable, Will Stand on Its Own

“Transparent” captured a best comedy actor award for Jeffrey Tambor and a directing award for creator Jill Soloway, giving both winners a chance to pay tribute to the show’s transgender themes. It was a big win for the Amazon streaming service.

“I’d like to dedicate my performance and this award to the transgender community. … Thanks for letting us be part of the change,” said Tambor, who plays Maura, the former Mort, Pfefferman.

“Olive Kitteridge,” based on the Pulitzer Prize-winning novel by Elizabeth Strout, nearly swept the limited series categories, with six trophies including the top award and lead acting honors for Frances McDormand and Richard Jenkins and a supporting award for Bill Murray.