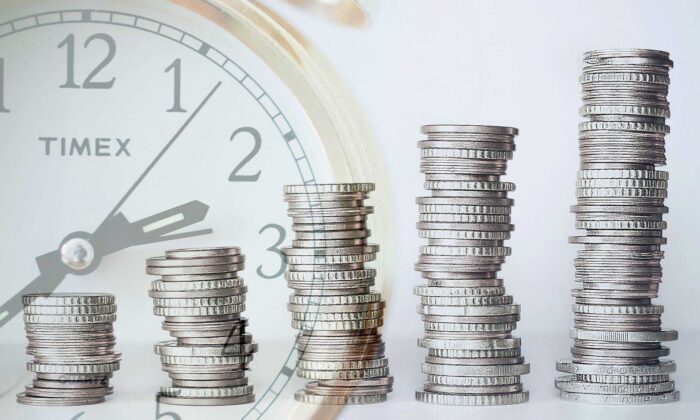 “How bad do you think it’s gonna be?”

“Pretty [expletive] bad. Probably all the other Families will line up against us. That’s all right. These things gotta happen every five years or so, ten years. Helps to get rid of the bad blood.”

That was Michael Corleone asking Peter Clemenza how bad the fallout would be after he killed Virgil “The Turk” Sollozzo in the Godfather.

But it could technically be a forecast for the economy today. Two years ago, nobody thought to ask the question.

How bad do you think it’s going to be… after we shoot the economy in the head?

That’s where any parallels to the 1972 classic end.

In the end, Vito Corleone called a meeting of the heads of the five families and established a (temporary) truce.

Today the president and his team are spouting off about the strongest economic rebound ever (What else would you expect?). But their pronouncements are about as solid as the Don’s.

There’s No Truce Where Inflation Goes

First off, the Fed is staring down a problem it can’t fix. They’ve had their come-to-Jesus moment and admitted that inflation is real and not going away anytime soon. Reining it in is now their top priority.

Their determination is admirable.

The only problem is they can’t do it. That’s because their only tools are monetary ones, and the current bout of inflation goes well beyond monetary issues. It’s a combination of multiple factors including a broken supply chain and a convulsing labor market that has now sparked a trend of rising wages that add to it as well.

The only questions are at what point does it finally level off, and can the Fed have any success trying to lower it at all.

And while prices are floating into the stratosphere, let’s take a look at the economy.

Since the stomach-churning swings—between the lockdown crashes in March and April and the stimmy-fueled rebounds in May and June 2020—retail sales have, for lack of a better description, been all over the place. Spikes coinciding with the massive government stimulus have skewed the data making it even more useless than it normally is.

These are not normal numbers. This is not a normal economy.

Increasing interest rates will likely have a cooling effect on any heat the economy is generating. The big number will come out Jan. 27—the advance GDP estimate for the fourth quarter of 2021. Consensus expectations are currently for a print of 5.8 percent which would come on the heels of a somewhat underwhelming 2.3 percent revision in the third quarter.

Retail sales struggled in the last quarter. And while advanced estimates are often revised—they’re rarely substantially higher. My guess is any print that comes out below 3 percent would likely be a huge disappointment to the market.

Blame Delta or Omicron or whatever, the bottom line, I believe, is that economic growth is very likely overstated.

Houston, Topeka, Washington… We Have a Problem

Combine spiking inflation with an economy that’s tiptoeing on egg shells and you’ve got a recipe for something we haven’t seen in over 40 years.

There’s been talk here and there about the possibility of its resurgence, but I’m pointing out that you need to have it on your radar now.

It hits everyone—especially those who are just getting by.

If things continue on the current trajectory, before long we’ll be talking about another classic from the 1970s—the Misery Index.

And before we get there, start looking at more defensive investing options… from precious metals to industrial metals to commodities. I’d look to real assets to weather the coming storm.