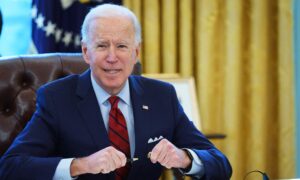 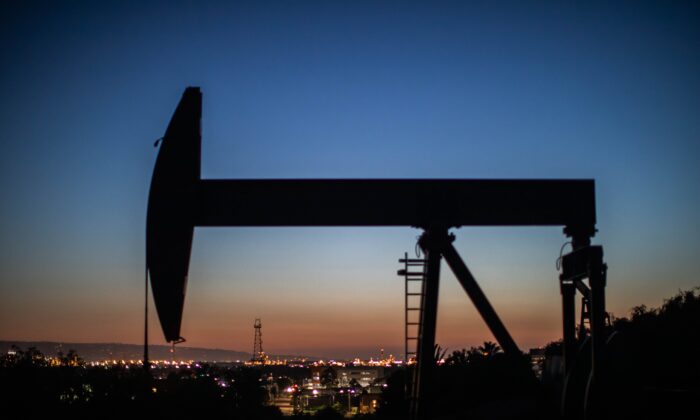 The Biden administration has clamped down hard on energy and oil as part of its climate change agenda. But experts warn that the president’s recent actions will have long-term impacts on production and the economy—it will also mean more dependence from imports.

President Joe Biden recently issued a slew of executive orders including freezing new oil or natural gas leases and drilling permits on federal land, as well as canceling the permit for the Keystone XL pipeline. While the moves were hailed by environmentalists, experts told The Epoch Times the drawbacks outweigh any potential benefits.

If no new leases are granted on federal lands and waters, the hydrocarbon production from these areas will decline, according to Paul Bommer, senior lecturer of Petroleum and Geosystems Engineering at The University of Texas.

“So will the revenue to the federal and state governments by way of taxes and royalties,” Bommer told The Epoch Times. “Employment in these areas will also go down. This is dire for those areas and people employed in those areas.”

If demand goes up, Bommer said the private sector could improve production through drilling and completing new wells on private and state-controlled land and waters, assuming the federal freeze stays in place. But in states such as New Mexico, half of all the state’s oil and gas production is on federal land, meaning workers and companies will be forced to relocate to states with more private land.

Saudi Arabia this month pledged additional, voluntary oil output cuts, sending oil prices to the highest rate in nearly a year. Higher prices have prompted U.S. energy firms to increase drilling, with U.S. oil rig activity rising in the first week of January to its highest since May 2020, according to Reuters.

If the executive freeze is extended, it will have a major impact on production, said Patrick Moore, policy adviser and founding director of the CO2 Coalition. Moore co-founded Greenpeace, the world’s largest environmental activist group, before he became a critic of the environmental movement.

“The loss of fracked oil and gas from public lands will mean dependence on more imports,” Moore told The Epoch Times. “There is nothing ‘in the pipe’ to make up for a large decrease in oil and gas production.”

“In 2020, the United States exported more crude oil and petroleum products than it imported on an annual basis for the first time in the EIA’s data series that dates back to 1949,” EIA Administrator Linda Capuano said.

Biden’s executive order to freeze oil and gas leasing has resulted in multiple lawsuits. The Western Energy Alliance, a group representing fossil fuel producers on federal lands, sued the administration on Jan. 27, filing it in the U.S. District Court in Wyoming. According to the alliance, Biden exceeded his authority with the recent order.

“The law is clear. Presidents don’t have authority to ban leasing on public lands. All Americans own the oil and natural gas beneath public lands, and Congress has directed them to be responsibly developed on their behalf,” Alliance President Kathleen Sgamma said, The Washington Times reported. “Drying up new leasing puts future development as well as existing projects at risk.”

Texas Republican Gov. Greg Abbott has also vowed to oppose what he called the Biden administration’s bid to destroy jobs with its targeting of the oil and gas industry. Abbott during a press conference in Odessa on Jan. 28 signed an executive order directing all state agencies to sue the Biden administration for any federal actions that threaten the Lone Star State’s energy sector.

The Epoch Times reached out to the Biden administration for comment, but didn’t receive a response by press time.

Executives at the U.S. Energy Development Corporation (USEDC) told The Epoch Times the recent executive actions will impact the long-term future of energy production more so than the short term. USEDC is an oil and natural gas driller and producer that, according to its website, “has invested in, operated and/or drilled more than 2,400 wells in 13 states and Canada and has deployed more than $1.5 billion on behalf of our partners” over the past 40 years.

“Because there are existing permits in place, the impact will not be felt immediately, and energy independence will remain short-term,” Jordan Jayson, CEO of USEDC, told The Epoch Times via email. “However, long-term, these decision will ultimately force U.S. production to decline over the next several years and cause a greater dependence on foreign oil in the future.”

The company’s executive vice president, Matthew Iak, said it’s clear that the administration’s executive orders “were intended to make a statement and to keep their campaign promises to move away from long-term reliance on fossil fuels.” He said the pipeline decision is an indicator that the administration “will create a difficult regulatory environment for fossil fuels in the U.S.”

“This was done in part to appease its base, and not necessarily because it makes sense or what’s best for the environment,” Iak told The Epoch Times via email.

Some experts, however, argue the administration’s moves will not have major impacts on energy production and will instead bolster alternative, renewable energy sources.

“The Biden administration has ambitious energy and climate plans which should be able to lower emissions and accelerate the transition of the country’s energy system from fossil fuels to cleaner forms of production,” Gilbert Michaud, professor of instruction at Ohio University’s Voinovich School of Leadership and Public Affairs, told The Epoch Times.

While the United States might export less coal and oil due to the forthcoming energy transitions under Biden, “we will also import and consume less, as we fill these gaps with alternative technologies such as solar and wind,” said Michaud, whose research portfolio focuses on renewable energy policy, electric utilities, and state politics.

According to Michaud, any changes to import or export markets as well as to the average American family, “will probably be negligible in the short term.” He also said that federal actions for sweeping energy changes “rarely stimulate drastic shifts in the means of production.”