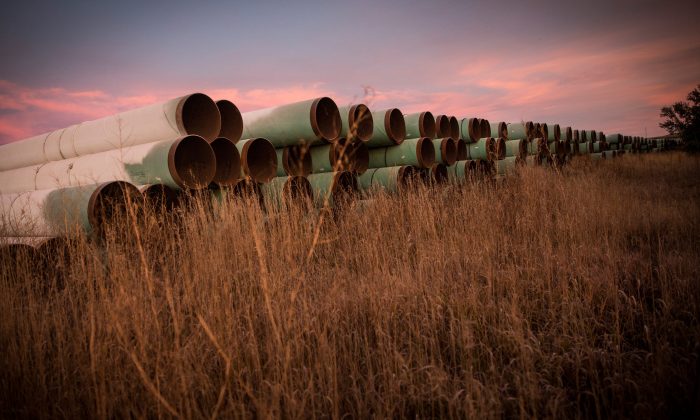 As a number of commentators who have generally praised the conciliatory tone of President Joe Biden’s inaugural address have remarked, there were some inconsistencies in the espoused goals.

Most alarming was his promise of the pursuit of unity, while decrying the existence within the United States of a large number of racists and various classes of sociopaths. This incites the inference that the unity he seeks to achieve will be by the subjugation of those with whom he disagrees, which isn’t in the nature or the declared national purposes of the United States.

Thus the goal of full employment, which was achieved by President Donald Trump but has been shattered by the shutdowns most vocally demanded by the Democrats in response to the coronavirus pandemic, is again endorsed as a goal on the same day that the president halted the Keystone XL pipeline and all oil and natural gas exploration and production on federal lands, thus throwing more than 20,000 people out of work.

Shutting down Keystone XL also flies in the face of the announced goal of rebuilding alliances. The United States has no closer ally, geographically or otherwise, than Canada, and indeed, it requires a skilled dialectician to distinguish, by listening to them, an American from a northern state and an English-speaking Canadian.

In stopping the pipeline, Biden not only assured the layoff of the 11,000 American workers on the project, but also, with his other actions, a reversion of the United States into the category of energy importers, inevitably to some extent from unreliable countries, and higher energy costs for Americans.

He’s also breaking faith with America’s closest neighbor, largest trading partner, and longest-standing ally. In 1938 and 1940, it was agreed that Canada would take every possible measure to ensure that there could be no attack upon the United States through Canadian airspace or Canadian waters and the United States undertook to come to Canada’s defense if it were attacked. This was the first such arrangement either country had made.

They fought side-by-side in Italy and at D-Day and across Europe in World War II; Canada was a founding member of the United Nations and of NATO and gave aid to Western Europe in amounts proportionate to the United States through the Marshall Plan. It was one of the first powers to respond in support of the American position in the Korean War and Gulf War. It abstained from the Vietnam War and the Iraq War but there are few Americans today who would reproach it for that.

Shutting down construction of Keystone XL will cause the loss of more than 40,000 jobs in Canada, which is the equivalent of approximately 320,000 jobs in the United States. The Keystone XL pipeline itself will be emission-neutral when and if it opens in 2023, unlike the rail, road, and river traffic that would attempt to move some of the same oil at greater cost and much greater environmental danger.

This is an insane initiative. It is negative for the American environment, for U.S. energy costs, for the strategic and financial interests of the United States, and it’s a severe provocation of the country’s closest ally and largest trading partner.

They haven’t exchanged a shot in anger since 1815. This isn’t how alliances are rebuilt and the response in Canada is exactly as it would be in the United States if the roles were reversed. Canadian Prime Minister Justin Trudeau has long been friendly with Biden, and the Canadian government and the Canadian media left no one in any doubt that they favored the election of Biden just as fervently as the American media did in their almost unanimous and vehement partisanship.

The world will take note of how this administration treats its closest ally, and Canada will be obliged to respond to it. It need hardly be emphasized that the correlation of forces between the two countries is one-sided.

TC Energy, which is building the pipeline, promises that all jobs will be unionized and has made a generous allocation as well as environmental reassurances to indigenous groups. There is already extensive agitation in Canada to impose tariffs on selected U.S. oil-based products.

That would increase some costs to Canadians but would also provide a modest spur to the Canadian oil industry, which if the termination of Keystone XL isn’t revisited, will be in a very beleaguered condition. There is also discussion in Canada of retaliating in areas where the United States is more vulnerable, in particular digital services. This could be a serious inconvenience to the United States.

This thunderbolt lands on Canada at a time when its relations with China have been reduced to a very fragile and snappish condition by Canada detaining on a U.S. extradition request Meng Wanzhou, chief financial officer and daughter of the founder of the Chinese telecommunications giant Huawei. The Canadians could easily have failed to detain her, fumbled, warned her, or otherwise insured that she slipped away.

But instead, they stood by an extradition treaty (which doesn’t serve Canada’s interests). And Canada is now being rewarded for incurring the economic and political wrath of America’s only rival in the world by this apparently mindless Keystone XL shutdown, a tokenistic gesture to the U.S. environmental lobby that has no possible complaint against this project and seems not to have given a thought to its consequences.

Biden is spouting the same nonsense that Obama did about green jobs, as transportation secretary-designate Pete Buttigieg did last week. Readers will remember the Obama administration’s $528 million boondoggle on solar power converter Solyndra.

If the Biden administration wishes to rethink this action, it can easily and without embarrassment resurrect Keystone XL within the framework of a continent-wide, ecologically sound energy policy. If such an alternative were pursued, an excellent arrangement is available, and neither country would emerge from it with any embarrassment at all.

But whatever Canadians think of it, surely Americans also will wish to know if this is the level of prudent consideration that the new administration is giving to important initiatives that will affect U.S. employment, energy prices, and close relations with allied countries.

It has the appearance of internal agitation from the Sanders–Ocasio-Cortez Green New Deal claque persuading the president that this is a relatively painless way to virtue signal ecologically. It’s nothing of the kind; it is a stupid idea of questionable international legality (given the arrangements between the two countries), runs contrary to the United States’ strategic interest in every respect, and justifies profound disconcertion about the new administration’s capacity for informed decision-making.

And it dilutes the very favorable impression Secretary of State Antony Blinken made in his confirmation appearances at the Senate Foreign Relations Committee last week.