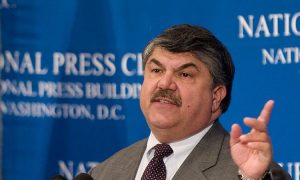 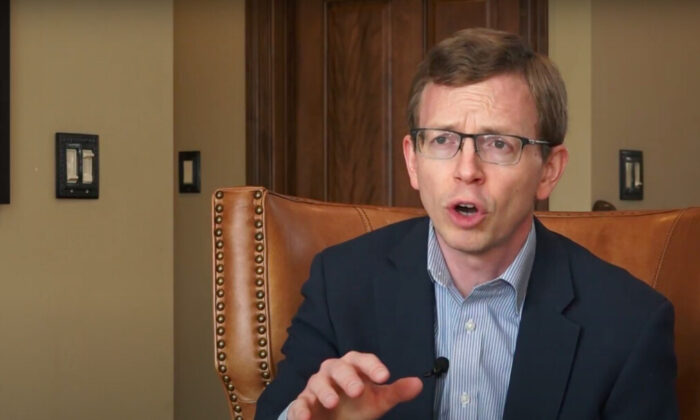 This is part two of a series exploring the effects of President Joe Biden’s cancellation of the Keystone XL oil pipeline.

MITCHELL, S.D.—Rep. Dusty Johnson (R-S.D.) has listened to story after story from local business owners who have been hurt badly as a result of the shutdown of the Keystone XL pipeline.

In addition to the more than 1,000 pipeline workers who were laid off after Biden signed an executive order revoking the presidential permit signed by President Donald Trump, the effects have rippled across the state, hitting smaller rural communities that relied on the economic opportunities the pipeline was to bring.

In an interview at his home in Mitchell, South Dakota, Johnson called the cancellation of the pipeline an “attack on the rule of law.”

“Reasonable people can disagree about the future of pipelines. I don’t think though that we should be in a position of undermining the rule of law by changing the rules once a project is already hundreds of millions of dollars into the construction process,” Johnson told The Epoch Times.

“That is a bait-and-switch that heretofore has not been something we see in America.”

Companies involved with the Keystone XL project had gotten their permits to build, hired employees, and purchased hundreds of millions of dollars’ worth of material. They had recently started construction.

“The president’s rejection of all of that, in essence, his veto of all of those dozens of other permits, is a staggering attack on the rule of law,” Johnson said. “It’s a mistake, and it risks impacting millions of lives in this country.”

Johnson said he and dozens of his colleagues have come together behind legislation introduced by Rep. Kelly Armstrong (R-N.D.) to revoke the presidential permit authority, which Biden used to shut down the pipeline.

Presidential permits don’t need to follow the rules that accompany other regulatory decisions in the country, he said, adding that it gives one person the opportunity in essence “to veto all of these other regulatory and environmental decisions.”

“I think it’s a bad process, and we’re going to do our best to get that legislation passed,” he said.

Business owners in South Dakota aren’t backing down without a fight, and are increasingly making their voices heard.

On Feb. 8, Johnson, Armstrong, and Rep. Dan Newhouse (R-Wash.) hosted an hour-long roundtable with more than 20 business owners in the state whose livelihoods have been affected by the pipeline shutting down.

Johnson said the ripple effect is much larger than just the Keystone workers, noting that the state has hundreds, maybe even thousands, of businesses that made investments in anticipation of the pipeline. He says he’s talked to many South Dakotans, small businesses, and family-owned firms.

During the interview, Johnson brought up numerous upsetting stories he had heard.

The O’Connell family, which owns a gravel pit near the town of Philip, had purchased a new dump truck worth between $60,000 to $70,000 to fill orders they had received in connection with the Keystone XL pipeline. Now, the family is essentially in debt because of the purchase, with no new revenue to count on.

He heard many similar stories, especially from those living in smaller towns or cities such as Philip and Midland, which are located along the Keystone XL route.

“This is going to have a chilling effect on the willingness of Americans to invest in free-enterprise opportunities,” Johnson said. “Because if somebody can make a project like this disappear overnight, they can make other projects disappear as well.”

He said none of the people he spoke to wanted a government handout; they only wanted a fair opportunity to receive a return on their investments.

The Keystone XL pipeline was expected to generate $3.4 billion in U.S. GDP growth, including millions in state and local tax revenue, according to the U.S. Chamber Global Energy Institute. The pipeline would have generated millions of dollars of economic opportunity for South Dakotans.

Johnson accused Biden of not reading the thousands of pages of evidence from the applicant and from intervenors on the Keystone XL pipeline. If he had, the president would have understood the “incredible environmental protections that are taken as a part of this project and that the applicant was required to meet under the law,” according to Johnson.

TC Energy, the company that commissioned the pipeline, had stated its intention to make the pipeline project emissions-neutral. The company announced in a Jan. 17 press release, before Biden signed his executive order, that it would “achieve net zero emissions across the project operations” when the pipeline is in service in 2023. TC also committed to operations being “fully powered by renewable energy sources no later than 2030.”

The president’s actions run contrary to his talk about unity and bipartisanship, according to the South Dakota congressman.

“The reality is he needs to choose a lane; he can work with the AOC wing of his party to put into place liberal policies, and that’s largely what he’s done since being inaugurated,” he said. “Or he can try to find common ground with Republicans.”