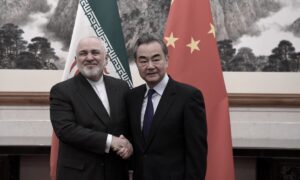 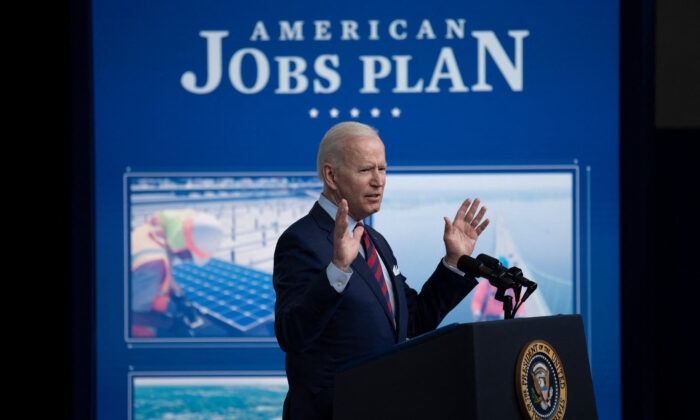 Biden’s Infrastructure Plan Would Be a Drag on Economic Growth: Tax Foundation

The Washington-based Tax Foundation, a nonpartisan group that often subjects high tax policies to critical scrutiny, said in a new analysis that the AJP would shave about a 0.5 percentage point off long-run economic growth and result in 101,000 fewer jobs than the current baseline.

The modeling assumes a version of the AJP that would increase federal spending by about $2.2 trillion over 10 years, including $1.7 trillion for infrastructure, partially funded with permanently higher corporate taxes of about $1.7 trillion over the 10-year period.

The analysis doesn’t specify the current law baseline for growth and jobs—meaning what level of gross domestic product (GDP) and job growth is projected without the kind of significant changes to the current legal framework that the AJP would bring about. However, the Congressional Budget Office (CBO) estimates real (inflation-adjusted) annual average GDP growth of 2.2 percent over the 2021–2031 period, and an average of 1.8 percent over the 2021–2051 period.

Using CBO’s baseline and assuming “long-run” applies to the 2021–2051 period, the Tax Foundation’s modeling would see a reduction of real annual GDP growth to 1.3 percent on average.

The CBO’s falling baseline estimate for average annual real GDP growth is largely due to demographics, with the labor force expected to grow more slowly than it has in the past.

The Tax Foundation’s estimates echo earlier projections by the University of Pennsylvania’s Penn Wharton budget model, which estimated that Biden’s infrastructure plan would lower annual average GDP growth relative to the current law baseline by 0.9 percentage points by 2031 and by 0.8 percentage points by 2050.

While both projections assume the AJP will come in at between $2.2 trillion and $2.7 trillion, Republicans in Washington have been pushing for a smaller package.

After President Joe Biden initially floated a $2.3 trillion plan, Republicans came out with a counteroffer of $568 billion. The White House later put forward a $1.7 trillion proposal, triggering a $928 billion response from Republicans.

Biden and Republicans entered the weekend sharply at odds over the deal, with the president rejecting the most recent GOP offer that raised spending by another $50 billion, saying it “did not meet his objectives to grow the economy, tackle the climate crisis, and create new jobs.”

While the two sides agreed to speak again on June 7, the White House has signaled it will seek a partisan path forward with only Democrat backing.