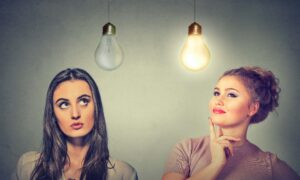 8 Ways Your Perception of Reality Is Skewed
0 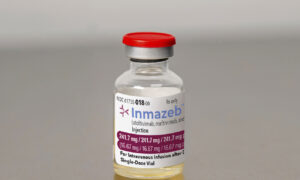 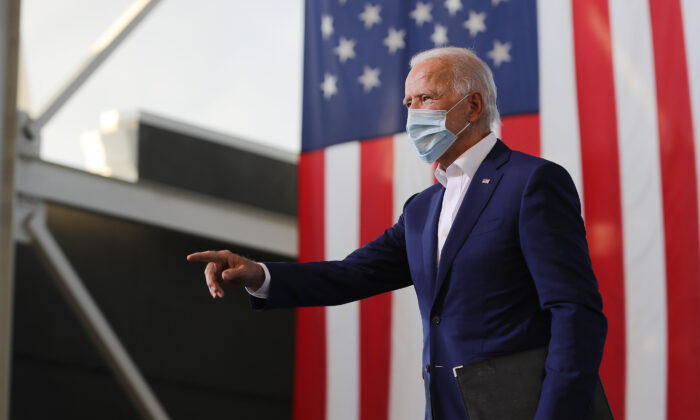 Democratic presidential nominee Joe Biden said during Thursday’s televised town hall that a federal vaccine mandate should be considered if the dynamics of the CCP (Chinese Communist Party) virus outbreak indicate a move like that would be helpful.

Biden said at the ABC Town Hall event at the National Constitution Center in Philadelphia, Pennsylvania, there are those that believe a COVID-19 vaccine is “the golden key” to turning the pandemic around and that one of the factors driving a decision about whether to make it mandatory or not is “the state of the nature of the vaccine when it comes out and how it’s being distributed.”

“Depending on the continuation of the spread of the virus, we should be thinking about making it mandatory,” he added.

Asked about how he would propose enforcing a vaccine mandate, Biden replied, “you couldn’t. That’s the problem.”

“You can’t say, everyone has to do this. But you would—just like you can’t mandate a mask. But you can say—you can go to every governor and get them all in a room, all 50 of them, as president, and say, ask people to wear the mask,” Biden said.

Continuing with the mask analogy, Biden rejected the idea of using fines as an enforcement mechanism, instead suggesting that federal mandates relating to CCP virus containment measures might take the form of a presidential statement without force of law, or that he would pressure local authorities to impose enforceable rules.

“Then I go to every governor—I go to every mayor, I go to every councilman, I go to every local official, say, mandate the mask, man—say, this is what you have to do when you’re out. Make sure you encourage it being done,” Biden said, adding, “the words of a president matter.”

“When a president doesn’t wear a mask, or makes fun of folks, like me, when I was wearing a mask for a long time, then people say, well, it mustn’t be that important,” Biden said.

Returning specifically to vaccines, Biden said it was secondary to the importance of wearing masks.

Biden was likely referring to a study by researchers at the University of Washington’s Institute for Health Metrics and Evaluation, which found that if outdoor mask usage among Americans could be brought up to 95 percent from the current estimated 50 percent, between 95,000-100,000 lives could be saved by Jan. 1.

In a separate forecast released early September, the institute predicted that “nearly 770,000 lives worldwide could be saved between now and January 1 through proven measures such as mask-wearing and social distancing.”