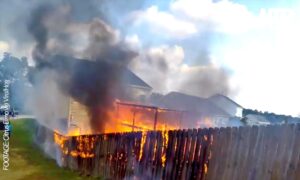 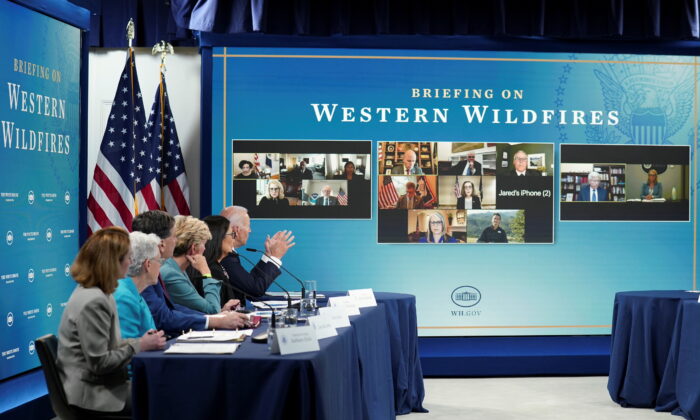 President Joe Biden holds a meeting with cabinet officials, governors and private sector partners to discuss preparedness of Western states to heat, drought and wildfires this season, at the White House in Washington, on June 30, 2021. (Kevin Lamarque/Reuters)
Executive Branch

President Joe Biden announced pay raises for federal firefighters on Wednesday and said the United States was behind in its preparations for a potential record number of forest fires this year because of drought and high temperatures.

Biden’s remarks at a virtual meeting with governors of western states sought to show the White House is treating wildfires are no less a national emergency than hurricanes.

Biden said he would raise the pay of federal firefighters to at least $15 an hour and bonuses would be paid for those working on the front lines.

A bipartisan infrastructure bill includes nearly $50 billion in drought, wildfire, flood, and multi-hazard resilience programs, the White House said on Wednesday, while Senate Republican leader Mitch McConnell upped pressure on fellow Republicans not to back it if it was linked with a second spending measure.