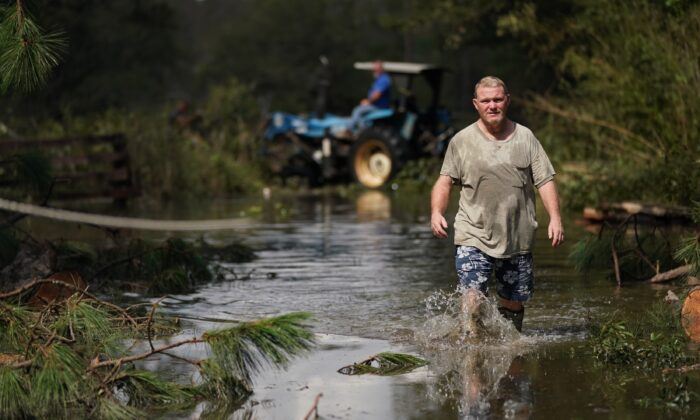 Biden to Visit Louisiana in Aftermath of Hurricane Ida

President Joe Biden will visit Louisiana on Friday to survey damage from Hurricane Ida and meet with state and local leaders from communities that were hit.

Biden plans to travel to New Orleans, where the storm knocked out power for days.

Electricity began returning to the city on Wednesday, but most residents remained without on Wednesday, as did about 40 percent of the state.

Biden “would not go if it would take away from relief efforts,” White House press secretary Jen Psaki told reporters in Washington.

The trip is being planned in coordination with leaders on the ground “to ensure it’s the right time to go,” she added.

“I do appreciate the fact that he’s going to come because there’s nothing quite like visiting in person,” the Democrat said.

Asked what he would request of the president, Edwards said it would be a long list that includes making sure there’s a permanent housing program for southeast Louisiana.

“Making requests at the same time he sees the utter devastation that has happened here, I think it would be better received. And so the timing is important as well,” he said.

Ida hit on Sunday and wreaked havoc on cities and towns along the Gulf Coast in Louisiana before moving into Mississippi and causing problems there.

It later weakened but still dumped rain on states to the north like Maryland and New York, leaving at least nine dead.

Biden has been following the progress in cleaning up after Ida, according to the White House, sharing a call with Bel Edwards and Mississippi Gov. Tate Reeves, and speaking with CEOs of the energy companies.

The federal government has sent workers to assist with the recovery efforts, along with equipment like generators to help residents deal with the loss of power and reliable gas and food supplies.

In New Orleans, there were still neighborhoods without power on Wednesday as residents were forced to stay home at night due to a curfew imposed by local officials.

Emergency calls were about 185 percent above normal as workers tried to respond, officials said in a briefing in the city.

“We are seeing tremendous progress each and every day and expect to continue to see that throughout today,” Mayor LaToya Cantrell, a Democrat, told reporters.