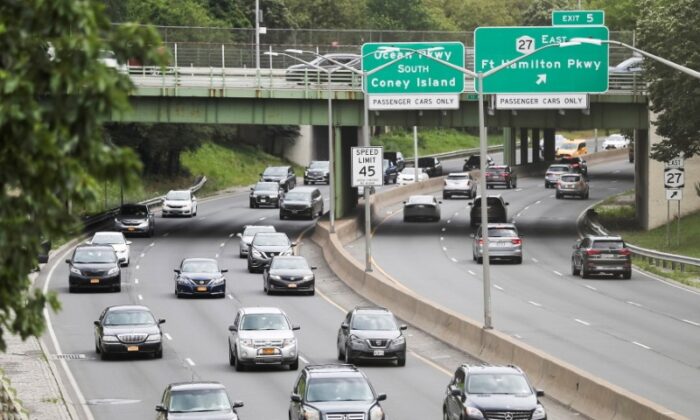 Traffic is seen on a highway ahead of the July 4th holiday, in New York, on July 2, 2021. (Eduardo Munoz/Reuters)
US News

Biden to Tap No. 2 Official to Head US Auto Safety Agency

Steven Cliff, who has been deputy administrator since February, has been a key figure in the Biden administration’s proposed rewrite of fuel economy standards through 2026.

He is also overseeing the department’s safety probe of Tesla Inc. and investigation of whether 30 million vehicles produced by nearly two dozen automakers have unsafe air bags.

NHTSA later confirmed a Reuters report that Duke University engineering and computer science professor Missy Cummings is being named a new senior adviser for safety at NHTSA, saying in a statement it looks forward “to leveraging her experience and leadership in safety and autonomous technologies.”

The agency added Cummings was being named for a “temporary assignment” under the Intergovernmental Personnel Act Mobility Program. Cummings has previously expressed concerns about Tesla’s Autopilot feature.

Tesla Chief Executive Elon Musk responded to her hiring on Twitter by writing: “Objectively, her track record is extremely biased against Tesla.”

She responded to Musk on Twitter saying: “happy to sit down and talk with you anytime.”

NHTSA, which is part of the U.S. Transportation Department, faces a backlog of pending auto safety regulations and has not had a Senate-confirmed administrator since January 2017. There has not even been a nominee for NHTSA’s top job since 2019.

Cliff, a former deputy executive officer at the California Air Resources Board, said the proposal reduces “climate pollution by approximately the same amount as if we took more than 5 million of today’s vehicles off the road.”

Since the COVID-19 pandemic, the United States has seen a sustained increase in traffic deaths that NHTSA has ascribed to impaired driving, speeding, a failure to wear seatbelts, and other unsafe behavior.

NHTSA last month estimated 8,730 people died in vehicle crashes in the first three months of 2021, compared with 7,900 deaths during the same period last year—up 10.5 percent despite a 2.1 percent drop in miles driven.

Last month, NHTSA asked Tesla why it has not issued a recall to address software updates made to its Autopilot driver-assistance system.

NHTSA in August opened a formal safety probe into Tesla’s Autopilot system in 765,000 U.S. vehicles after a series of crashes involving Tesla models and emergency vehicles.

In June, it issued an order requiring automakers and operators of vehicles equipped with advanced driver assistance or automated driving systems to immediately report crashes.

Cummings in a 2018 interview said the United States needs “an entirely new regulatory framework where an agency like NHTSA would oversee” autonomous vehicles, adding the agency “does have the authority to mandate testing and other interventions, but they’re not doing it.”