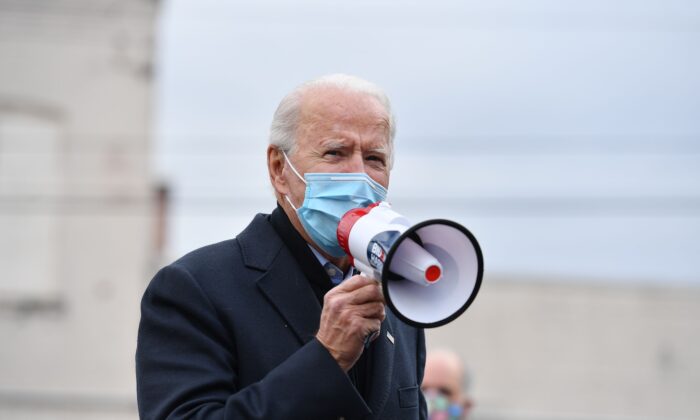 Democratic presidential challenger Joe Biden is projected to be the winner of several northeastern states, the District of Columbia, and Maryland.

The Associated Press made the call.

Biden was long projected to win in the states that his Democratic predecessor, Hillary Clinton, won in 2016.

Biden represented Delaware as a senator for decades before he was tapped to become former President Barack Obama’s vice president.

Biden and President Donald Trump mainly focused on the nearby swing states of Pennsylvania, Michigan, and Ohio.

At the White House Tuesday night, more than 100 family members, friends, donors, and staff were set to watch returns from the East Room. Trump was watching votes come in upstairs in the residence with a few close aides. Most top campaign officials were monitoring returns from a “war room” set up in the Eisenhower Executive Office Building.

Biden spent the day last-minute campaigning in Scranton, Pennsylvania, where he was born, and in Philadelphia with a couple of local stops in Wilmington, Delaware, where he was spending Election Night.