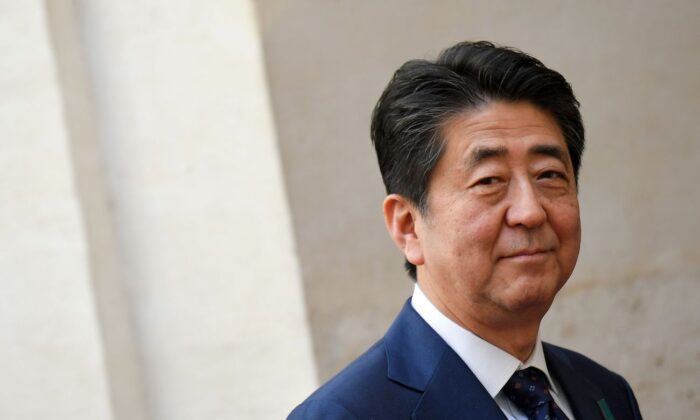 Abe, 67, was assassinated on July 8 in Nara, Japan, during a campaign speech backing his party’s candidates ahead of a parliamentary election, by a man with a homemade gun. Abe was the longest-serving prime minister in Japanese history, serving from 2006 to 2007 and from 2012 to 2020.

Biden called Kishida “to express his outrage, sadness, and deep condolences on the tragic and violent shooting death of former Prime Minister Abe Shinzo,” according to a White House readout of the call.

“The President underscored that he and the American people stand with the Prime Minister and the people of Japan in their time of mourning,” the readout states.

“The President noted the importance of Prime Minister Abe’s enduring legacy with his vision of a free and open Indo-Pacific, and the establishment of the QUAD meetings of Japan, the United States, Australia, and India.

“The President noted our unwavering confidence in the strength of Japan’s democracy and the two leaders discussed how Shinzo Abe’s legacy will live on as we continue the important task of defending peace and democracy.”

“Abe was a transformative leader for Japan and for Japanese relations with each one of our countries. He also played a formative role in the founding of the Quad partnership, and worked tirelessly to advance a shared vision for a free and open Indo-Pacific,” they said.

“Our hearts are with the people of Japan—and Prime Minister Kishida— in this moment of grief. We will honor Prime Minister Abe’s memory by redoubling our work towards a peaceful and prosperous region.”

Former President Donald Trump separately told Breitbart in an exclusive interview that he has been talking to Abe’s family about attending the funeral.

“We love the family. His wife is a phenomenal woman,” the former president added. “[Abe] is so loved in Japan. I can imagine that is going to be an incredible celebration of life.”

Trump shared that Abe was the first world leader that he met with after taking office as U.S. president in 2016.