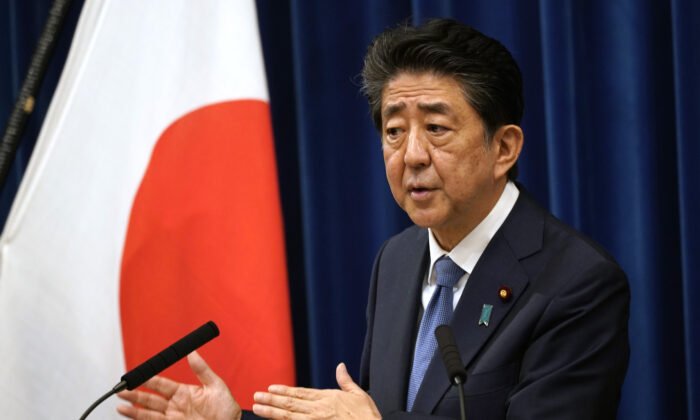 Former Japanese Prime Minister Shinzo Abe was taken to hospital after he was reportedly shot on Friday in Nara, a city in western Japan, and was said to have been in a critical condition.

Abe, Japan’s longest-serving prime minister, collapsed and appeared to have been shot in the chest around 11:30 a.m. local time near Yamato-Saidaiji Station.

Japanese Prime Minister Fumio Kishida suspended his election campaign after Abe’s collapse. At a press conference, Kishida condemned the shooting, calling it an unacceptable attack on the foundation of Japan’s democracy, while adding that Abe was in critical condition and that doctors were doing everything they can.

The 67-year-old Abe was delivering a speech for a Liberal Democratic Party of Japan candidate’s election campaign ahead of elections for Japan’s upper house, the less powerful chamber of its parliament, to be held on Sunday.

A reporter for public broadcaster NHK, who was at the scene, said she heard what sounded like two consecutive gunshots and then saw Abe bleeding. Footage aired by the station captured the moment he fell on the street, after which several security guards ran toward him. He was holding his chest.

NHK, citing police sources, reported that Abe was conscious and responsive while he was transported to the hospital. The same broadcaster also reported that Abe later appeared to show no vital signs, citing the local fire department.

Separately, Makoto Morimoto, an official from a local fire department, said Abe was in cardiopulmonary arrest—meaning he was not breathing and his heart stopped—while he was being airlifted to a prefectural hospital.

Yoichi Masuzoe, a former governor of Tokyo, said on Twitter at 12:04 p.m. local time that Abe was in “cardiopulmonary arrest,” or heart failure. In Japan, officials sometimes use the term to describe situations where victims are no longer alive but before a formal declaration of death has been made.

Two bullets had struck the left side of Abe’s chest from behind, Fuji News Network reported, citing officials from the Liberal Democratic Party. TBS Television reported that Abe had been shot on the left side of his chest and apparently also in the neck.

The suspect was identified as Yamagami Tetsuya, a resident of Nara in his 40s, who was immediately detained by police on suspicion of attempted murder around 11:30 a.m., NHK reported, citing police sources. A gun that appeared to have been handmade was retrieved from the scene, according to the broadcaster.

The suspect didn’t try to run away and was being held at Nara Nishi police station for questioning. According to local media reports, the man was a former member of the Japanese Navy.

“Such an act of barbarity cannot be tolerated,” Matsuno told reporters.

Japan has strict gun-control laws. To obtain a gun, an individual must undergo multiple tests and police checks. Deaths due to firearms are regularly in single figures each year.

His latest term was due to end in September 2021 but he resigned in August 2020, citing concerns over his health. He later shared that he had a relapse of ulcerative colitis, an intestinal disease.

Abe was known for his signature economic strategy “Abenomics.”

“We are shocked and saddened to hear about the violent attack against former Japanese Prime Minister Shinzo Abe,” a White House spokesperson said following the shooting. “We are closely monitoring the reports and keeping our thoughts with his family and the people of Japan.”

U.S. Secretary of State Antony Blinken said before a meeting with Indonesia’s Foreign Minister Retno Marsudi in Bali: “We don’t know [Abe’s] condition, we do know he’s been shot and our thoughts and prayers are with him and his family, with the people of Japan. This is a very, very sad moment and we’re waiting news from Japan.”

“Absolutely devastating news that former Prime Minister Shinzo Abe of Japan, a truly great man and leader, has been shot, and is in very serious condition,” he said in a statement on social media. “He was a true friend of mine and, much more importantly, America. This is a tremendous blow to the wonderful people of Japan, who loved and admired him so much. We are all praying for Shinzo and his beautiful family!”

Former Vice President Mike Pence said in a statement on Twitter that he and his wife Karen were “deeply troubled to learn of the shooting of former Prime Minister Shinzo Abe.” He added: “Abe-san was a remarkable leader of Japan and an unshakeable ally of the U.S. We join millions praying for this truly good man and his family. God bless Shinzo Abe.”

U.S. Ambassador to Japan Rahm Emanuel expressed sadness and shock, writing on Twitter: “Abe-san has been an outstanding leader of Japan and unwavering ally of the U.S. The U.S. Government and American people are praying for the well-being of Abe-san, his family, & people of Japan.”

Other World Leaders’ Reactions to Shooting

Messages of support also came from other government officials around the world.

European Parliament President Roberta Metsola said on Twitter he was “absolutely shocked” upon hearing about the attack on Abe. “I am thinking of him, his loved ones and everyone in #Japan on this dark day,” he said.

European Commission President Ursula von der Leyen wrote on Twitter: “Dear @AbeShinzo, stay strong! Our thoughts and prayers are with your family and the people of Japan.”

European Council President Charles Michel, said on Twitter he is “shocked and saddened by [the] cowardly attack.”

Outgoing British Prime Minister Boris Johnson expressed on the platform: “Utterly appalled and saddened to hear about the despicable attack on Shinzo Abe. My thoughts are with his family and loved ones.”

Australian Prime Minister Anthony Albanese called the news “shocking.” He added on Twitter, “our thoughts are with his family and the people of Japan at this time.”

New Zealand Prime Minister Jacinda Ardern expressed that she was “deeply shocked” by the news. “He was one of the first leaders I met when I became PM. He was deeply committed to his role but also generous & kind. My thoughts are with his wife and the people of Japan. Events like this shake us all to the core,” she said on Twitter.

Indian Prime Minister Narendra Modi said on Twitter: “Deeply distressed by the attack on my dear friend Abe Shinzo. Our thoughts and prayers are with him, his family, and the people of Japan.”

Taiwanese President Tsai Ing-wen wrote in a post on Facebook, translated from Chinese: “I believe everyone is as surprised and sad as I am. Taiwan and Japan are both democratic countries with rule of law. On behalf of my government, I would like to severely condemn violent and illegal acts.”