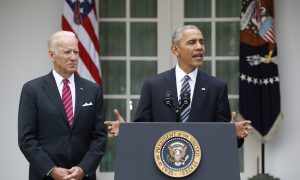 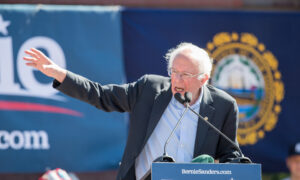 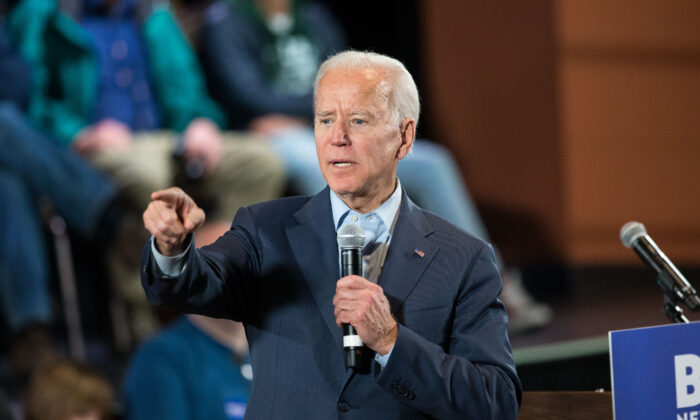 Democratic presidential candidate, former Vice President Joe Biden points to a member of the crowd who wanted to ask a question during a campaign Town Hall in Derry, N.H., on Dec. 30, 2019. (Scott Eisen/Getty Images)
2020 Election

Biden Says Coal Miners Can Learn How to Code

Democrat presidential contender Joe Biden said that coal miners can learn how to code, reviving a promotion of retraining blue-collar workers for positions in the technology industry.

Biden was talking about the changing economy and the “jobs of the future,” telling the crowd that “six out of 10 jobs today, today, today, require more than a high school degree.”

“Does anybody think that you’re going to be able to stay in the middle class in the ’20s and ’30s of the 21st century without better education? Now brawn is no longer the measure. I come from a family, an area where it’s coal mining in Scranton,” he said, before making the comment about coal miners learning how to code.

Biden later touted the Obama administration helping Detroit recover, discussing how “anybody who had any talent in terms of technology left” when bankruptcy hit and claiming there was “no one who knew how to turn on the street lights” or “the sewer system.” He said the administration hired a corporation, which hired 54 women and trained them in information technology at the community college.

“I remember telling people and my liberal friends were saying, ‘You can’t expect them to know how to do that.’  Anybody who can throw coal into a furnace can learn how to program for God’s sake. And, by the way, little Sam, I bet he can operate his cell phone better than most of you can,” Biden said.

“There’s 100,000 high-tech manufacturing jobs out there that are going unfilled. Why? No one knows how to run a photovoltaic machine,” he also said.

Better education and access to education can fix that, Biden said.

The Biden campaign didn’t immediately return a request for a statement for this story.

Biden has railed against fossil fuels since announcing his presidency, telling a crowd in New Hampshire over the weekend that he wanted to put fossil fuel executives in jail for pollution. He has also said that there shouldn’t be any new coal plants created in the United States.

During the last presidential debate, Biden was asked if he’d be willing to sacrifice the economic growth, and possibly displace thousands of blue-collar workers, that’s come in recent years to transition to a so-called greener economy.

“Yes. The answer is yes,” Biden said in Los Angeles. “Because the opportunity, the opportunity for those workers is to transition to high-paying jobs.”

The Democrat’s 2016 presidential candidate, Hillary Clinton, made similar comments on the campaign trail, at one point vowing: “We’re going to put a lot of coal miners and coal companies out of business.” In 2017, she said in her book “What Happened” that the comment was the one “I regret the most.”

Most Democratic candidates this cycle have pushed for transitioning to other sources of energy, such as solar and wind, with varying views on how to do so.