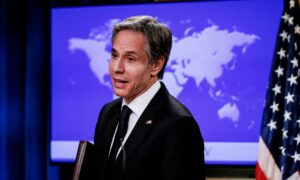 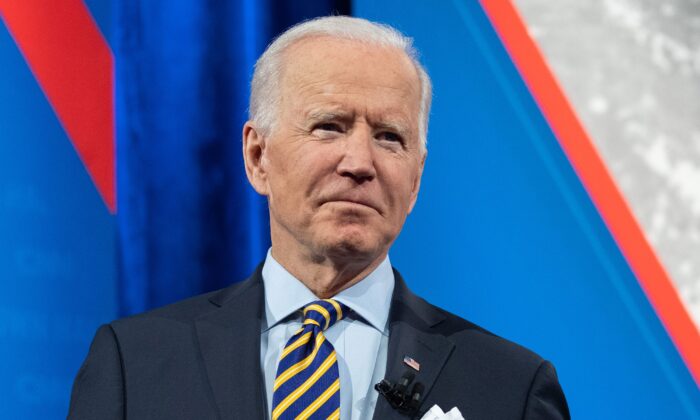 The Chinese regime will face consequences for its human rights abuses, President Joe Biden said, when asked about Beijing’s repression of Uyghur Muslims in the far-western region of Xinjiang during a televised event on Feb. 16.

The Chinese Communist Party (CCP), headed by Xi Jinping, has drawn international condemnation over its abuses in Xinjiang, where roughly a million Uyghur and other Muslim-practicing minorities are being detained inside concentration camps. Former U.S. Secretary of State Pompeo designated China’s abuses there as a genocide.

“Well, there will be repercussions for China, and he [Xi] knows that,” Biden said at a CNN Town Hall event held in Milwaukee.

He said the United States would reassert its role in speaking up for human rights at the United Nations and other fora.

“China is trying very hard to become the world leader and to get that moniker,” Biden said. “And to be able to do that, they have to gain the confidence of other countries. And as long as they’re engaged in activity that is contrary to basic human rights, it’s going to be hard for them to do that.”

He went on to relay the Chinese leader’s justification of the CCP’s repression made during a two-hour phone call last week. The comments drew heat from critics and rights advocates, who said he echoed the CCP’s propaganda on its persecution of Uyghurs.

“If you know anything about Chinese history, it has always been—the time when China has been victimized by the outer world is when they haven’t been unified at home,” Biden said. “So the central—to vastly overstate it—the central principle of Xi Jinping is that there must be a united, tightly controlled China. And he uses his rationale for the things he does based on that.”

The description aligns with CCP propaganda, which depicts the Party as the sole entity capable of uplifting the Chinese nation and restoring China’s position as the preeminent leader on the world stage, as the Chinese empire had been centuries ago.

Biden said he pointed out to his counterpart that: “No American President can be sustained as a President if he doesn’t reflect the values of the United States.”

The president said he had to speak up against the regime’s clampdown in Hong Kong, as well as “what he’s [Xi] doing with the Uyghurs in the western mountains of China and Taiwan,” the latter referring to Beijing’s increased military intimidation of the self-ruled island.

He added that, “Culturally, there are different norms that each country and, their leaders are expected to follow.”

Pompeo blasted those remarks in an interview on Feb. 17.

“That language that it’s just a set of different norms, that’s the Chinese propaganda line. They want you to think, ‘this is just a quiet nation [that] may have a little bit of a different system…goodness gracious, what’s all the fuss about?’” the former secretary of state said on Fox Business.

“The truth of the matter is, they are trying to wipe out an entire people,” he added.

While the Biden administration has signaled that the United States would be prepared to hold the CCP accountable for its various abuses, the Chinese regime has warned that doing so would be amount to breaching its “red line,” something that “must not be crossed.”

Earlier this month, the CCP’s top diplomat Yang Jiechi called on the United States to stop its “interference” in Hong Kong, Tibet, and Xinjiang, which it deems the regime’s “internal affairs.”

Yang warned that, “Any trespassing [of the regime’s ‘red line’] would end up undermining China-U.S. relations and the United States’ own interests.”