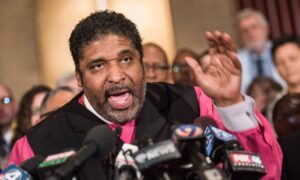 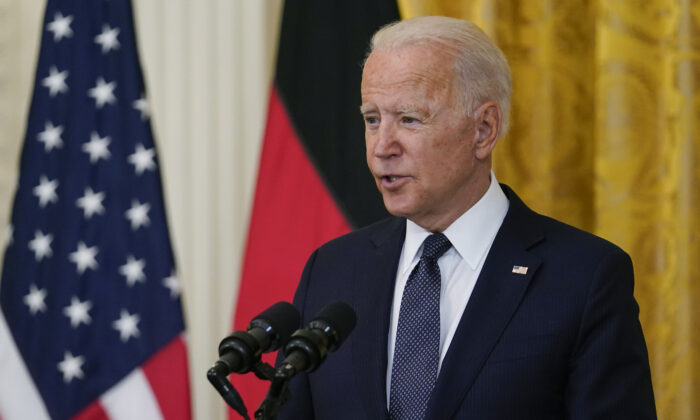 President Joe Biden on Wednesday pushed back against calls to abolish the Senate filibuster, a rule that requires a 60-vote supermajority to pass most legislation, saying that getting rid of the long-standing procedure would cast “Congress into chaos” and paralyze its work.

Biden made the remarks during a televised town hall in Cincinnati, Ohio, on July 21, responding to an attendee who suggested it was “logical to get rid of the filibuster so we can protect our democracy and secure the right to vote,” referring to last month’s defeat, by filibuster, of a Democrat voting bill Republicans denounced as a partisan power grab.

The president responded by reiterating his support for the “For the People Act,” which he and congressional Democrats have said is needed in the face of Republican actions in a number of states to adopt election integrity measures, such as stricter voter ID laws, which opponents have labeled as efforts to restrict voting.

Claiming that “abuse of the filibuster is pretty overwhelming,” Biden said he would support going back to the so-called “talking filibuster” standard, where to use the procedure to block legislation, at least one minority party senator would have to stand on the floor and keep talking. Current rules allow a senator to declare their intention to launch a filibuster against a bill or motion, and then what’s known as a cloture vote is taken, which requires a 60-vote supermajority for further action on the matter.

“I would go back to that, where you have to maintain the floor,” Biden said. “You have to stand there and talk and hold the floor.”

Pressed by town hall moderator and CNN anchor Don Lemon about why the filibuster is worth protecting, Biden replied: “There’s no reason to protect it other than you’re going to throw the entire Congress into chaos and nothing will get done. Nothing at all will get done.”

Biden then expressed optimism that a compromise on voting legislation could be reached with Republicans.

“I’m trying to bring the country together. And I don’t want the debate to only be about whether or not we have a filibuster or exceptions to the filibuster or going back to the way the filibuster had to be used before,” he said, with Lemon interjecting, “But isn’t that the only way you’re going to get it done right now?” referring to the Democrat voting bill.

“No, I don’t believe that. I think we can get it done,” Biden replied.

Progressives have called for abolishing the filibuster to pass the “For the People Act” and other liberal priorities, a move that would require the support of all 50 senators in the Democrat caucus.

A number of Democrats have expressed support for dumping the filibuster, while two have come out in stern opposition.

“I will not vote to weaken or eliminate the filibuster,” Sen. Joe Manchin (D-W.V.) wrote in an op-ed in the Charleston Gazette in June.

Former President Donald Trump in June praised Manchin for his refusal to go along with Democrat efforts to end the filibuster.

Sen. Kyrsten Sinema (D-Ariz.) defended the filibuster in an op-ed in The Washington Post, published on the eve of the vote on the “For the People Act,” arguing that abolishing the rule risked “repeated radical reversals in federal policy, cementing uncertainty, deepening divisions and further eroding Americans’ confidence in our government.”

“I share the belief expressed in 2017 by 31 Senate Democrats opposing elimination of the filibuster—a belief shared by President Biden,” Sinema wrote.