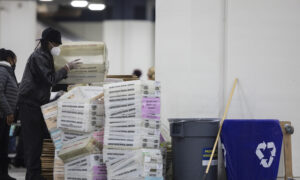 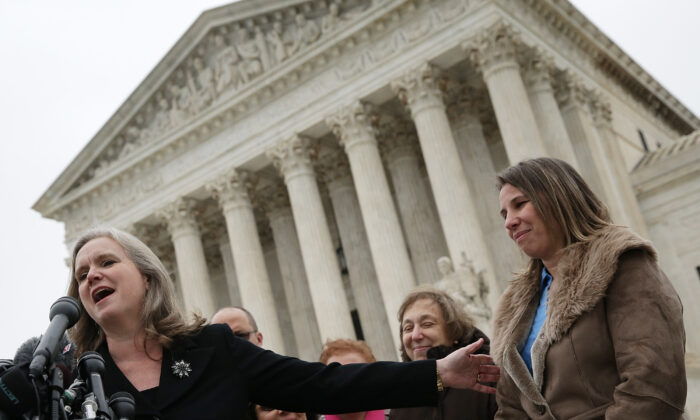 Gautam Raghavan, the White House deputy director of the Office of Presidential Personnel, said in an email to Gustafson obtained by The Hill (pdf) that she was being fired effective 5 p.m. Friday after she declined to resign. Her term was originally supposed to end in 2023.

Gustafson, in a letter to the White House released by the Ethics & Public Policy Center, a conservative think tank (pdf), said she had received the request to resign, but had opted to “respectfully” decline.

“I have confidently given this advice to countless embattled clients over the last 25 years: hold your head high, do your best work, and do not resign under pressure,” she wrote. “In solidarity with them, I will follow that advice.”

Republicans were quick to denounce Gustafson’s termination, with Andrea Lucas, a Republican-appointed commissioner to the EEOC, saying it undercut Biden’s pleas for unity.

“I find the action taken today by the White House against our independent agency to be deeply troubling, a break from long-established norms respected by presidents of both parties, an injection of partisanship where it had been absent, and … telling evidence of what ‘unity’ actually means to this President and his Administration,” she wrote in a tweet.

Another Republican to denounce the move was Education and Labor Committee Ranking Member Virginia Foxx (R-N.C.), who issued a strongly-worded statement that called for Gustafson to be reinstated.

“This is a pattern. President Biden calls for the end to ‘partisan warfare,’ only to turn around and demand that Senate-confirmed officials resign so he can make room for his left-wing friends,” she wrote.

“This unprecedented firing of an honorable public official which occurred just hours after she was asked to resign is unwarranted and should be immediately rescinded. General Counsel Gustafson should be reinstated so she can complete her four-year term, independently and free from undo political influence,” Foxx wrote.

The move comes after Biden fired National Labor Relations Board General Counsel Peter Robb, also a Trump appointee, after he refused to step down on Jan. 20.