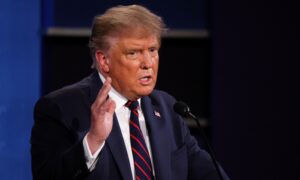 Trump Says He's Willing to Condemn White Supremacists, Tell Militias to Back Off
0 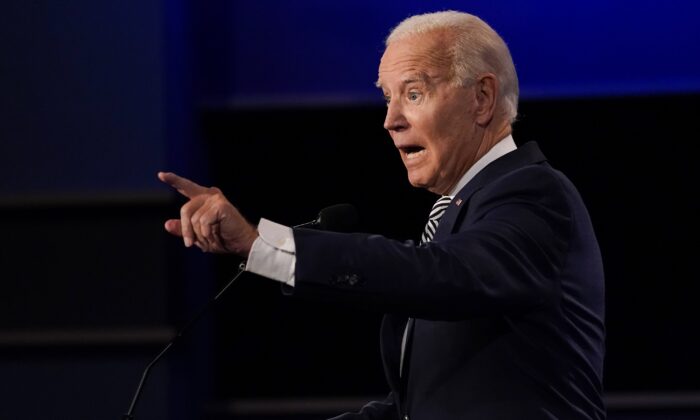 “I did not say that,” Biden responded.

Biden’s own campaign confirmed last week that the nominee made the remarks while visiting troops in the United Arab Emirates in 2016.

Biden at the time was vice president.

The video showed Biden saying: “I have incredibly good judgment. One, I married Jill, and two, I appointed Johnson to the academy. And I just want you to know that. Clap for that, you stupid [expletives].”

People present were clapping when Biden made the off-color remark.

Biden earlier in the debate criticized Trump for his alleged remarks about troops, saying: “The way you talk about the military, the way you talk about them being losers and being and just being suckers. My son was in Iraq. He spent a year there. He got the Brown Star. He got the Conspicuous Service Medal. He was not a loser. He was a patriot and the people left behind there were heroes.”

The Atlantic magazine claimed in early September, citing anonymous sources, that Trump made derogatory remarks in private about troops. Four on-the-record sources quickly challenged the report, and dozens of others came forward later to rebut it.

The Atlantic report was also riddled with factual errors.