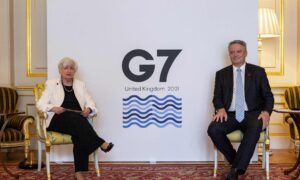 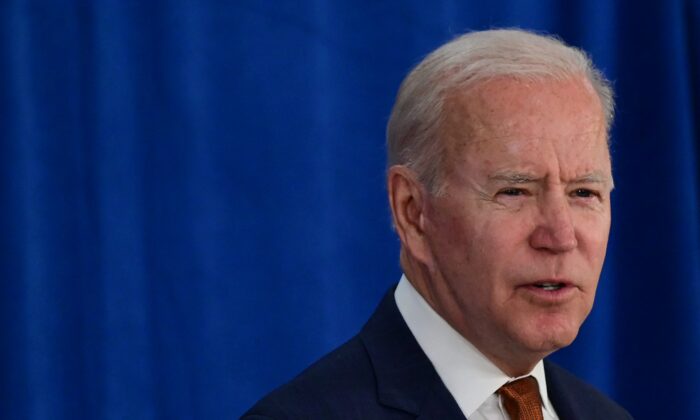 Biden and Capito, the top Republican on the Senate Committee of Environment and Public Works, had been in talks for weeks on a major infrastructure plan, but hit a roadblock over funding priorities and whether tax hikes should be part of a deal.

Biden “informed Senator Capito today that the latest offer from her group did not, in his view, meet the essential needs of our country to restore our roads and bridges, prepare us for our clean energy future, and create jobs,” White House press secretary Jen Psaki said in a June 8 statement.

Capito said she, along with other Republican negotiators “consistently worked in good faith with President Biden and were optimistic that we could reach a bipartisan agreement for the sake of the country.”

The group she led delivered several counteroffers, including an approximately $978 billion proposal that Biden rejected on June 4.

“Despite the progress we made in our negotiations, the president continued to respond with offers that included tax increases as his pay for, instead of several practical options that would have not been harmful to individuals, families, and small businesses,” Capito said.

Biden’s first plan came with a cost of $2.3 trillion and included hundreds of billions of dollars for elder and disabled care, which Republicans decried as an odd fit for an infrastructure package. It also included a hike of the corporate tax rate, which would partially roll back a key provision of the 2017 Republican tax reform bill.

“The president ended the talks today with me on a very cordial call. I am extremely disappointed because we offered the president basically what he asked us to do the first time we met with him, which was a trillion dollars over eight years including baseline spending, and that it wouldn’t include a tax increase,” Capito said on Fox News on June 8.

What Biden said in the first meeting was later walked back by White House officials, she said.

One of Capito’s red lines was not undoing components of the 2017 tax reform bill, which Republicans passed and then-President Donald Trump signed into law. Biden won’t budge on two areas, according to the White House: not raising taxes on Americans who make under $400,000 and inaction.

Biden is continuing talks with a different group, which includes Sens. Kyrsten Sinema (D-Ariz.), Joe Manchin (D-W.Va.), and Bill Cassidy (R-La.). Biden spoke with the trio on June 8 and “urged them to continue their work with other Democrats and Republicans to develop a bipartisan proposal that he hopes will be more responsive to the country’s pressing infrastructure needs,” Psaki said.

Cassidy told reporters on Capitol Hill before the meeting with the president that “the very top-line number is not as important as just the concepts.”

Cassidy stated the group of 20 lawmakers is looking at a proposal that would come in around $900 billion across five years.

Capito had the blessing of Senate Republican Leader Mitch McConnell (R-Ky.). It isn’t clear if the larger group has the same support from Republican leadership.

Biden will keep in touch with the larger group while he’s in Europe, and he has designated several aides to meet with them in person in the coming days.

At the same time, Biden asked Senate Majority Leader Chuck Schumer (D-N.Y.) to prepare to push legislation through the upper chamber through budget reconciliation, which lowers the required vote threshold to 50 from 60.

Many Democrats have said they favor reconciliation, but Manchin has resisted those efforts. Because Democrats’ majority in the 50-50 Senate consists of Vice President Kamala Harris’s tiebreaking vote as president of the body, they can’t lose the vote of a single senator.