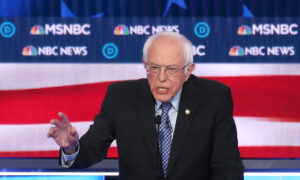 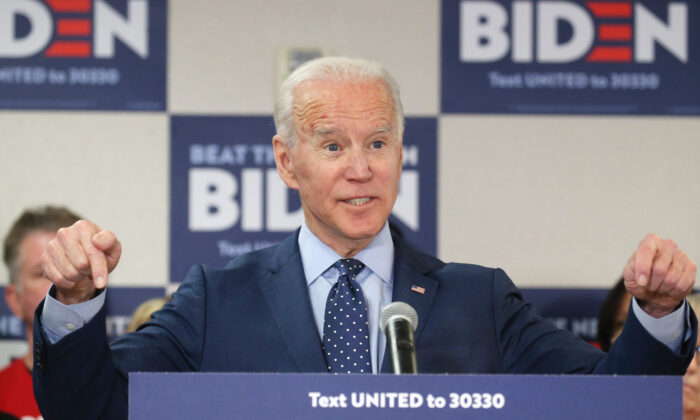 Biden Defends Superdelegates as He Argues for Brokered Convention

Former Vice President Joe Biden defended the nearly 800 unelected superdelegates that will vote in extra rounds of voting that could be triggered if no Democratic presidential candidate wins a majority of delegates, arguing in favor of a brokered convention.

The Democratic National Convention in July could feature a contested convention, which features additional rounds of voting past the state primaries and caucuses. The extra voting should take place if no candidate wins a majority of delegates, Biden argued during a CNN town hall on Thursday night.

“Say you got to get over 1,900 delegates, that’s the deal,” Biden said, referring to the number a candidate can reach to get the party’s nomination without resorting to a brokered convention.

“So let’s say someone comes with the most delegates and it gets split up and they got a thousand delegates and the rest are split. Does that mean you should go ahead and change the rules? I don’t think so. I guess I’m a Catholic school kid. You play by the rules,” he said.

Biden said the superdelegates—automatic delegates who don’t vote in the first round but are added into the pool if a contested convention is triggered—should get a chance to participate in the process.

“There is an awful lot of Democrats who show up at that convention who worked really hard to be involved in the party and giving everybody a chance,” Biden said.

Of the six candidates on the debate stage in Las Vegas this week, only Sen. Bernie Sanders (I-Vt.) expressed support for a candidate earning a plurality of delegates winning the nomination without additional voting.

“The process includes 500 superdelegates on the second ballot. So I think that the will of the people should prevail, yes,” Sanders said, drawing applause from the audience.

“The person who has the most votes should become the nominee,” he added.

Results from the two early voting states of Iowa and New Hampshire show Buttigieg with 22 delegates, including a disputed delegate from Iowa that could shift to Sanders after a recount, and Sanders with 21.

Warren has eight, Klobuchar has seven, and Biden has six. Bloomberg is ignoring the early voting states and focusing on states where voters will head to the polls on March 3, including California, Texas, and Maine.

Some major players in the Democratic Party have expressed support for a brokered convention, including former Secretary of State John Kerry, who supports Biden. He said party rules clearly outline a second round of voting if no candidates earn a majority of delegates.

“Those are the rules. That’s exactly how democracy works,” Kerry said during an appearance on CNN’s “New Day.” “When you become a candidate for president of the United States, you know what the rules are. And if you’re going to be a good president, you need to play by the rules, something that Donald Trump doesn’t do.”