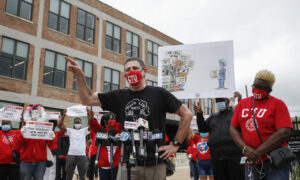 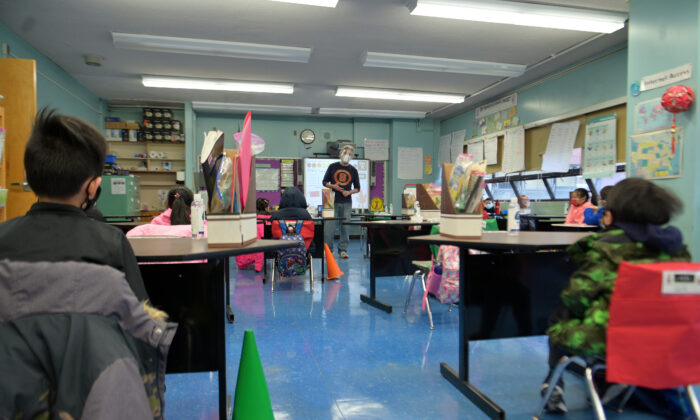 Centers for Disease Control and Prevention (CDC) officials have repeatedly said it’s safe to reopen schools. Former Director Robert Redfield said last year schools never should have shut down. Officials said Tuesday in a journal article that “there has been little evidence that schools have contributed meaningfully to increased community transmission” of the virus, which causes COVID-19.

But teachers’ unions across the United States are refusing to resume in-person learning, claiming teachers would be in danger.

In the most high-profile case, the Chicago Teachers Union is battling with the city of Chicago, which attempted to resume in-person classes on Monday. The union claims conditions aren’t right and in a blog post on Tuesday, urged its members to work from home on Wednesday. If the city retaliates, it said, a strike will be held.

Biden campaigned on dealing with the CCP virus pandemic. He vowed to spearhead the reopening of schools.

Asked why so many public schools remain closed, his chief of staff Ron Klain said it was a funding issue.

“That’s why the president of the United States sent a plan to Congress even before he took office to make the investments you need to make the schools safe,” Klain said during an appearance on CNN’s “Erin Burnett OutFront,” referring to Biden’s $1.9 trillion proposal that includes a number of measures such as a minimum wage hike.

Biden, in remarks at the White House on Tuesday, called for Congress to pass the proposal “to help schools and businesses reopen.”

A study published Tuesday showed few CCP virus outbreaks related to classroom settings being seen in rural schools in Wisconsin that reopened. But those schools received “sizable grants” that enabled them to set small classroom sizes and implement other safety measures, Klain argued.

When the host pushed back and pointed to Chicago, asking why the union seemed to be going against what studies show, he added: “I don’t think that teachers’ unions are overruling studies. I think that what you’re seeing [is] that schools haven’t made the investments to keep the students safe. I mean, again, the Wisconsin study were classrooms of 12 on average. So that requires a lot more classrooms, a lot more teachers, or, you know, other kinds of arrangements to get them small, podding students very carefully.”

“So we need to do the things to open safely. Most of the teachers I talk to, they want to be back in the classroom. They just want to know that it’s safe and we as a country should make the investments to make it safe,” Klain added.