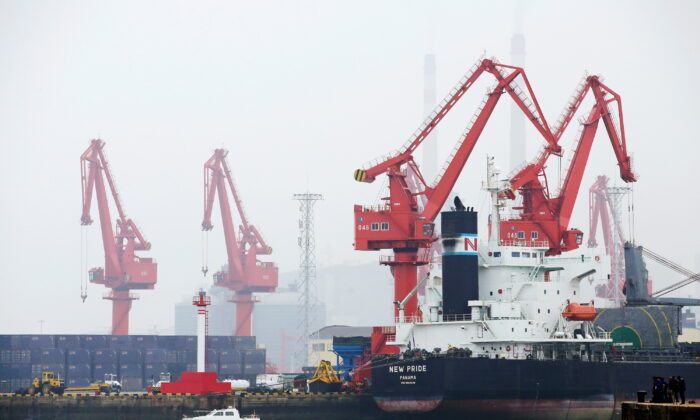 The Biden administration has asked China to consider the possibility of releasing reserves of crude oil in an effort to meet supply needs, the White House said on Thursday.

White House press secretary Jen Psaki said in a press conference that members of Biden’s national security team have “discussed with a range of countries, including China, the need to meet the supply demands out there.”

“But that is an ongoing conversation and one we’re having with a number of partners,” Psaki told reporters.

Other major consumers that the administration has allegedly held such discussions with include India, Japan, and South Korea, Reuters reports, citing several people familiar with the requests.

A spokeswoman at China’s National Food and Strategic Reserves Administration told Bloomberg that “the bureau is carrying out crude oil release work at the moment,” however, it is unclear if China already had plans to do so or if the move was prompted by Biden’s request.

“We will release more details on the volume of oil and date of its sale on our website in due time, just like we did in the first public auction,” said the reserve bureau’s spokeswoman.

If the release goes ahead, it would mark the first time that China, the world’s second-biggest oil consumer, and largest importer, would be involved in a coordinated release with the United States.

Both Beijing and Washington share joint concerns over the increasing prices of oil and fuels as well as rising inflation levels, which are currently at their highest level since 1990 in the United States.

China tapped its national stockpiles this year in an effort to bring domestic crude oil prices down. In September, the country held its first-ever public auction of oil reserves to a select group of domestic refiners.

Meanwhile, Biden’s requests to the Organization of the Petroleum Exporting Countries (OPEC) to increase production amid declining supplies and rising energy prices have been rebuffed.

But OPEC and its crude-producing allies, OPEC-plus, on Nov. 4 instead agreed to maintain their plan to gradually raise crude production by 400,000 barrels per day each month, viewing the economic recovery as too unstable to justify more supply.

The 13-member cartel is planning to phase out the rest of the production cuts instituted in 2020 in response to the COVID-19 pandemic and collapsing demand.

“The meeting reaffirmed the continued commitment of the Participating Countries in the Declaration of Cooperation (DoC) to ensure a stable and a balanced oil market, the efficient and secure supply to consumers and to provide clarity to the market at times when other parts of the energy complex outside the boundaries of oil markets are experiencing extreme volatility and instability, and to continue to adopt a proactive and transparent approach which has provided stability to oil markets,” OPEC said in a statement.

The United States has the world’s largest reported strategic petroleum reserve at 727 million barrels whereas China does not release information regarding its strategic reserve levels, although Consultancy Energy Aspects earlier this year estimated that China’s state oil reserves hold about 220 million barrels of crude oil, which is the equivalent to 15 days of demand.

If China and the United States agree to take joint action on crude oil, the move could have an impact on the global price of oil.