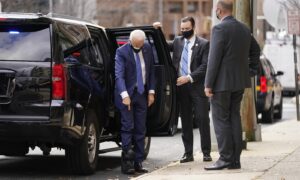 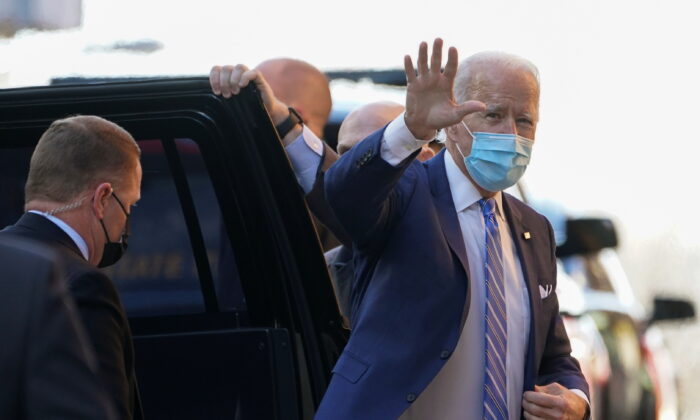 Democratic presidential nominee Joe Biden on Monday appeared without a walking boot, just over a week after fracturing his foot.

Biden, 78, exited a vehicle outside The Queen theater in Wilmington, Delaware, where he has been conducting campaign business, and walked into the building, ignoring a question about the boot.

Biden answered a different question when he emerged from the theater but did not address the lack of a boot.

According to the Democrat’s doctor, he fractured his right foot in several places on Nov. 28. Biden said last week that he was chasing his dog when he slipped and fell.

Biden’s doctor, Kevin O’Connor, said on Nov. 29 that Biden “will likely require a walking boot for several weeks.” Biden said last week that he would be wearing a larger boot most of the time, but there was also a second, smaller option.

“I wear the big boot most of the time but when it comes down here it’s just kind of clumsy so they gave me this little thing to work,” he told CNN during a televised interview.

At the time, Biden was wearing something that looked similar to a tennis shoe.

On Monday, Biden appeared to have donned a normal dress shoe on his right foot.

Biden has said he feels “good” after the alleged accident.