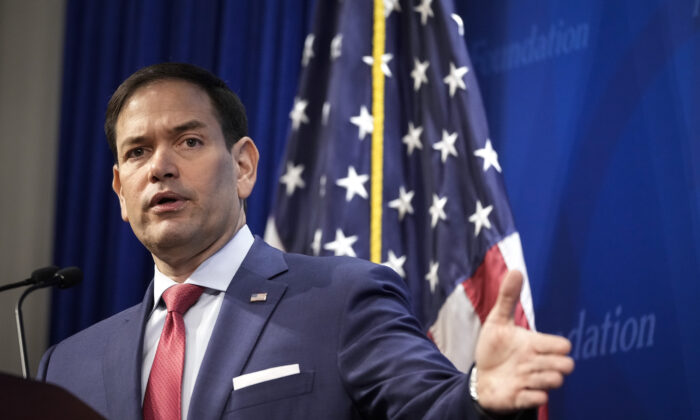 The Biden administration has failed to create or implement a workable strategy for defending Taiwan from Chinese Communist Party (CCP) aggression, according to Republican lawmakers.

The criticism follows more than two weeks of large scale Chinese military exercises around Taiwan which have negatively impacted international travel and supply chains, and raised fears of an impending invasion of the island by Chinese communist forces.

Lawmakers lambasted the fact that the administration’s China strategy has thus far consisted of only one speech, delivered by Secretary of State Antony Blinken in May, during which said that the United States would not seek to decouple itself from China despite ongoing aggression from the CCP.

“The administration is failing to recognize the CCP threat, which was made perfectly clear when the CCP terminated all the supposed areas of cooperation that Secretary Blinken identified in his China speech,” said Rep. Michael McCaul (R-Texas).

“Taiwan is critical to stability in the Indo-Pacific as well as to U.S. national security, and we need to protect our interests, rather than acquiesce to the CCP’s expansionist aggression,” McCaul said.

Republican lawmakers also accused the administration of weakness earlier in the month, following comments from President Joe Biden that appeared to undermine a trip to Taiwan by House Speaker Nancy Pelosi.

GOP lawmakers previously alleged that the administration was effectively ceding the Indo-Pacific to communist rule, and appeared to have no military plan in place to defend Taiwan from an invasion by China.

Seth Cropsey, former Deputy Undersecretary of the Navy, said in May that the Pentagon appeared to lack any strategy for a Taiwan invasion scenario.

“There is the larger question, which is, what would the strategy be if the United States found itself in a conflict with China, caused by a Chinese invasion of Taiwan?” Cropsey said in an interview with NTD, a sister media outlet of Epoch Times.

The Pentagon did not return multiple requests for comment as to whether there was a plan in place for a Taiwan invasion scenario.

Sen. Marco Rubio (R-Fla.) said that inaction in formulating and enacting a strategy to deter CCP aggression in the Indo-Pacific would ultimately come back to hurt the United States, and urged Congress to give the island more arms for Taiwan’s self-defense.

“Beijing’s intentions are clear: at some point they will invade Taiwan,” Rubio said. “Deterring this must be a priority for the United States.”

“Optimistic grandstanding is no substitute for a real strategy that recognizes the stakes in the coming battle for Taiwan. Congress should pass my Taiwan Peace Through Strength Act to ensure that Taipei has the capabilities to deter this threat and that the U.S. continues to defend the Indo-Pacific from communist takeover.”

The CCP maintains that Taiwan is a rogue province of China, and has vowed to unite the island with the mainland by any means necessary. Democratic Taiwan has been self-governed since 1949, however, and has never been controlled by the CCP.