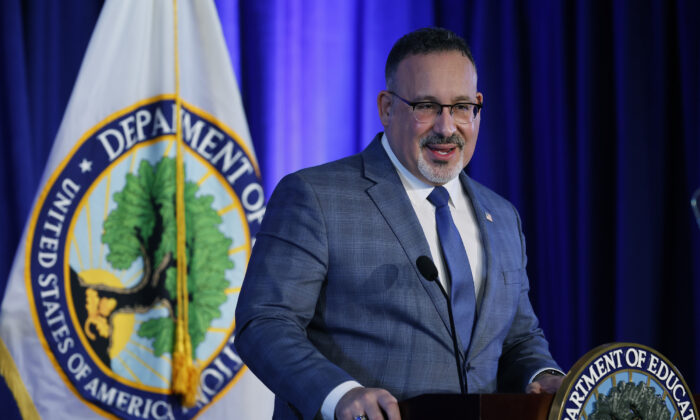 The Biden administration said it will discharge a total of $238 million in student loan debt for those who attended a now-defunct beauty school that failed to teach them how to cut hair.

The U.S. Department of Education in 2016 stripped the Marinello Schools of Beauty, a for-profit school chain with 56 campuses across the nation, of federal funding because of “pervasive and widespread misconduct.”

According to the department, Marinello made “widespread, substantial misrepresentations” about the education it offered, and failed to train students in key cosmetology skills, such as how to cut hair.

“As a result, students would have found it extremely difficult to pass necessary state licensing tests and receive the promised return on their educational investment,” the department said, noting that class-action lawsuits filed in Nevada and California alleged that the school “used salons as profit centers and exploited students as a source of unpaid labor.”

The Federal Student Aid (FSA), which oversees the $1.6 trillion portfolio of federal student loans, said it would provide forgiveness via its borrower defense program to students who attended the school from 2009 through 2016. The program cancels the debt of those who can prove they were defrauded by their schools.

Typically, students need to file borrower defense claims on their own in order to have their debt wiped out. But this time, the FSA said it will offer a group discharge for 28,000 borrowers, including those who hadn’t yet applied for borrower defense, the first time it has done so since 2017.

Including Thursday’s actions, the Education Department has now approved more than $18.5 billion in loan discharges for more than 750,000 borrowers, including $1.2 billion for those who attended now-defunct ITT Technical Institutes, and about $2 billion for 105,000 students who claimed to be defrauded by other schools.

The announcement comes as President Joe Biden says he’ll make a decision about student loan forgiveness in the coming weeks.

“I am not considering $50,000 in debt reduction, but I’m in the process of taking a hard look at whether there will be debt forgiveness, and I’ll have an answer in the next couple weeks,” Biden said at a White House press conference.

This departs from the proposal by Senate Majority Leader Chuck Schumer (D-N.Y.), who has been calling on Biden to use his executive power to erase up to $50,000 in federal student loan debt for all borrowers and to make sure that the canceled debt won’t be treated as taxable income. Some other Democrats, notably Sen. Elizabeth Warren (D-Mass.) and Reps. Ayanna Pressley (D-Mass.) and Ilhan Omar (D-Minn.), have also advocated for $50,000 in debt relief.