US Approves $1 Billion Arms Sale to Qatar During World Cup 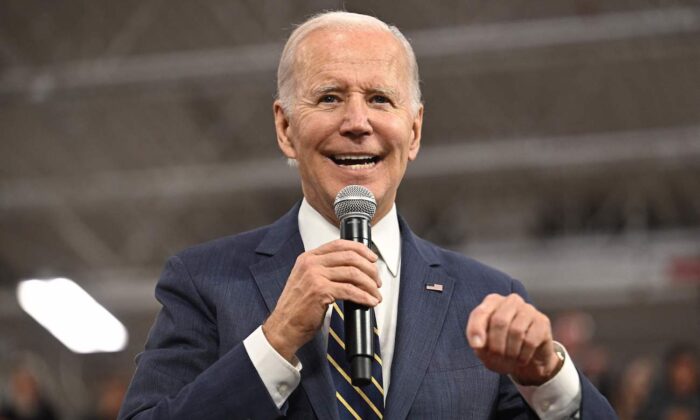 The Biden administration approved on Nov. 29 a potential sale of anti-drone systems and other arms to Qatar worth an estimated $1 billion, in a transaction that was revealed during the World Cup soccer match in Doha, Qatar, between the United States and Iran.

The notice of the potential sale is required by law. The U.S. State Department said the government of Qatar requested to buy 10 anti-drone systems—referred to as “Fixed Site-Low, Slow, Small Unmanned Aircraft System Integrated Defeat System (FS-LIDS) System of Systems.”

The Qatari government also asked for 200 “Coyote Block 2 interceptors,” which are used to defeat drones, as well as a slew of related equipment and technical and logistics support services.

Qatar, along with other Gulf Arab states, faces threats from Iranian-backed proxies in the region.

“This proposed sale will support the foreign policy and national security objectives of the United States by helping to improve the security of a friendly country that continues to be an important force for political stability and economic progress in the Middle East,” the State Department said.

It stated that the proposed sale will also “improve Qatar’s capability to meet current and future threats by providing electronic and kinetic defeat capabilities against Unmanned Aircraft Systems.”

“Qatar will have no difficulty absorbing these articles and/or services into its armed forces,” the State Department said. “The proposed sale of this equipment and support will not alter the basic military balance in the region.”

Five U.S. government and 15 U.S. contractor representatives will be sent to Qatar for five years “to support fielding, training, and sustainment activities,” according to the department.

The main contractors will be Raytheon, SRC, and Northrop Grumman.

The United States and Qatar previously signed a $12 billion arms deal in 2017 for the Persian Gulf nation to purchase up to 36 F-15 fighter jets and other U.S. weapons. At the time, the Defense Department stated that the sale “will give Qatar a state-of-the-art capability and increase security cooperation and interoperability between the United States and Qatar.”

Former President Barack Obama’s administration in November 2016 approved the potential sale, which was estimated at the time at $21 billion. Leading up to the $12 billion deal, then-President Donald Trump denounced Qatar as a “high-level” sponsor of terrorism and called on the country’s government to “take a hard line” on funding extremism.

President Joe Biden in March this year designated Qatar as a major non-NATO ally of the United States—a special status granted to close, non-NATO allies that have strategic working relationships with the U.S. military. It allows Qatar to be provided with certain defense and security benefits from the United States.

Qatar is home to the Al Udeid Air Base, one of the largest U.S. military bases in the Middle East, which hosts the U.S. Central Command’s forward headquarters and the Pentagon’s air operations center for the region. The base is regarded as a key player in the fight against the ISIS terrorist group.

In August 2021, the air base played a major role and hosted thousands of refugees, aiding U.S. efforts to evacuate people from Hamid Karzai International Airport in Afghanistan after U.S. troops withdrew from the country.