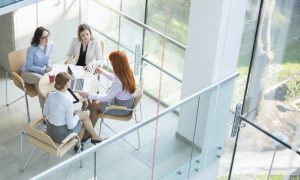 Why There Are so Many Women Managers, but so Few Women CEOs
0
Share Now
TelegramFacebookTweetEmailTellMeWeReddit
Copy Link 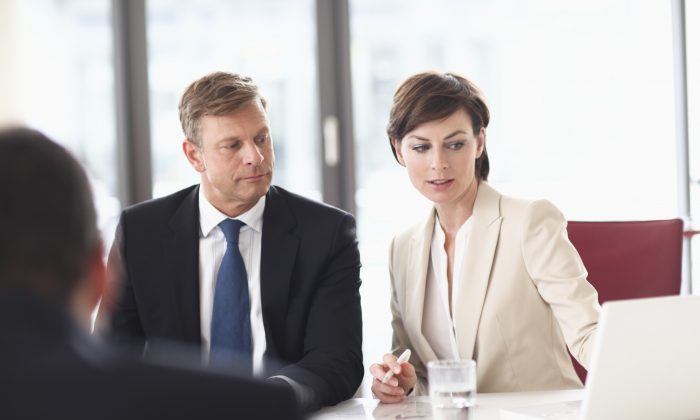 Stereotypical beliefs about men’s and women’s traits and abilities get in the way of women’s entrepreneurship, new research finds.

Sociologist Sarah Thébaud didn’t doubt that women are at a disadvantage when it comes to starting their own businesses—plenty of evidence proves that to be the case—but she wanted to find out whether or not people are systematically biased in favor of male-led businesses, and if so, why.

An assistant professor of sociology at University of California, Santa Barbara, Thébaud conducted three experimental studies and found across the board that people are likely to systematically discount the competence of female entrepreneurs and the investment-worthiness of their enterprises. However, she also found that this bias is somewhat mitigated when women pitch a particularly novel business idea. Her research was recently published online in the journal Social Forces.

“I looked at two different types of businesses, one in what I’d call a gender-balanced retail industry and the other in a high-tech industry,” Thébaud says. She asked participants in the study to review and rate business plans for their investment-worthiness. The plans were identical, but she manipulated the first names of the entrepreneurs.

“Most businesses tend to replicate others that are similar—one pizza place may be a little different from another, but basically they’re all serving the same thing,” Thébaud continues. “For those types of businesses, I found the participants systematically rated women-led businesses to be less investment-worthy and less likely to be successful.”

By pitching an innovative idea, she continues, a woman demonstrates the characteristics of the “ideal” entrepreneur.
The participants also rated women to be less skilled and less competent as entrepreneurs than their male counterparts, regardless of the industry of their start-up. According to Thébaud, that was the reason they found the women’s businesses to be less investment-worthy.

“I did look at other possible explanations,” she says. “For example, did they think women are less committed and would put out less effort and that’s why they discount their businesses? And I didn’t find evidence of that.”

She also looked into whether women are less likeable because as entrepreneurs they may violate feminine stereotypes. “And I didn’t find evidence of that,” she says.

“The pattern of bias in favor of male-led businesses really boils down to the stereotypical belief that men are more likely to possess the types of skills and competence needed to make a new venture successful.”

But then Thébaud added a twist. She adjusted the business plans so the venture was particularly innovative.

“Each participant rated two businesses—one that was standard run-of-the-mill and one that was introducing a brand new product or service to the market,” she says.

“Interestingly, innovation in the business plan didn’t have a systematic effect on the ratings of men’s businesses—they were largely idiosyncratic to a participant’s tendency to tolerate risk. However, when a woman was pitching an innovative plan, she was systematically rated to be more competent or skilled and more worthy of investment than her non-innovative female counterpart.”

Female entrepreneurs may be able to mitigate the disadvantaging effects of bias by explicitly emphasizing the innovative aspects of their business plans.
So why the switch? Thébaud suggests that when female entrepreneurs propose innovative business ideas, they signal traits that characterize society’s stereotype of what an entrepreneur is supposed to be: aggressive, ambitious, independent, creative, a risk-taker.

“When a woman starts a business, people are likely to question whether she has those traits. But when a woman introduces something particularly innovative, she is able to dispel those doubts, at least to some degree, because she appears to be more authentically entrepreneurial,” says Thébaud.

By pitching an innovative idea, she continues, a woman demonstrates the characteristics of the “ideal” entrepreneur. “It signals to people that she is, indeed, aggressive and outgoing, willing to take risks and push barriers, which is what people often think women might not be willing to do,” she says.

That might be considered a small comfort, however. “People’s expectations start women off at this lower baseline,” Thébaud notes. “And so innovation simply mitigates the disadvantage they might otherwise experience.”

Thébaud adds that she wasn’t surprised to find biases in favor of male-led firms. “This follows a lot of what we know about gender biases in managerial contexts,” she says. But the innovation component was a bit counterintuitive at first.

“The common wisdom is that if you’re an entrepreneur and you’re doing something novel, it is harder to get support because there is a higher risk of failure,” Thébaud explains.

“So innovation could have worsened the penalty for women: If people are prone to doubt a woman entrepreneur’s competence and then she is also presenting a business idea that’s particularly risky, it might further undermine her ability to gain credibility and support. But instead, innovation signaled possession of the stereotypically ‘entrepreneurial’ traits and abilities women are otherwise perceived to lack.”

Thébaud’s study derives from her interest in the factors that block progress toward gender equity in certain segments of the economy. “We’ve seen this leveling off in terms of gender equality in recent years, and we see it especially in certain areas,” she says. “STEM (Science, Math, Technology and Engineering) fields are an example.”

Bias, But Not on Purpose

Thébaud adds that this project aligns with broader literature about unconscious bias. Most of the time, she notes, these perceptions—or misperceptions—are unconscious and unintentional.

They are often minor and hard to detect, too. Individuals are only subtly discounting women’s businesses. But that slight disadvantage accrues over time. So if a woman encounters one, two, or three people who question her abilities or competence, that could mean the difference between persisting on that track and leaving, or getting funding and not getting funding,” she says.

Female entrepreneurs may be able to mitigate the disadvantaging effects of bias by explicitly emphasizing the innovative aspects of their business plans, Thébaud adds.

“However, my research shows that the source of this disadvantage in the first place lies in the fact that people tend to automatically associate entrepreneurship with men and stereotypically masculine characteristics,” she says.

“This cultural conception identifies entrepreneurs as ‘lone warriors’ who are working on their own and are exceptionally prone to taking risks,” she continues, “even though this stereotype isn’t actually true in practice. So to solve the problem of gender bias in entrepreneurship more generally, we need to figure out how to change this cultural image.”