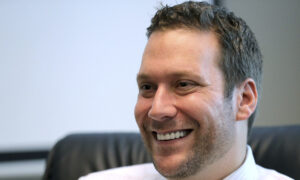 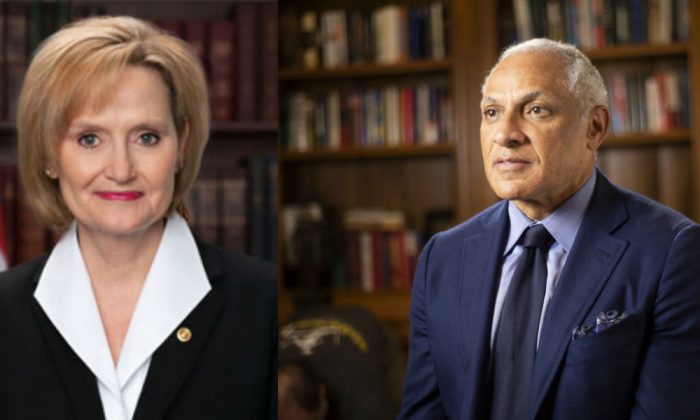 Beyond the Bombast: What Mississippi’s Senate Candidates Promise Constituents

With all but one midterm election decided, national attention has turned to the U.S. Senate runoff race in Mississippi between incumbent Republican Cindy Hyde-Smith and Democratic challenger Mike Espy.

Hyde-Smith, who was appointed by Mississippi Gov. Phil Bryant to replace retired Sen. Thad Cochran in April, is now having to fight for her seat against a challenger who she defeated by little more than a percentage point earlier this month.

Overall, Republicans in the four-way race did better than the Democrats. The other Republican in the race, Chris McDaniel, had about 16 percent of the vote, compared to Democrat Tobey Bartee’s 1.4 percent. Hyde-Smith should enjoy a decided advantage if she can convince McDaniel’s voters to support her in the runoff election on Nov. 27.

That Hyde-Smith would be ahead shouldn’t come as a surprise considering her alignment with President Donald Trump, who won the state by almost 18 points. Mississippi is a traditionally red state, with the three of the four House representatives being Republican and the other senator, Roger Wicker, also being Republican. The state leadership is also firmly in GOP hands, with the governor, the state House, and the state Senate all controlled by the GOP.

The Cook Political Report puts the race as only “leaning” Republican, however, and some commentators have predicted softening support for Hyde-Smith related to comments she’s made and photographs that are being used by her opponents to portray her as racist.

Both of the candidates have a background in agriculture, which is the largest sector of Mississipi’s economy, and both have experience in Washington. That’s where the similarities end.

Hyde-Smith, 59, served as the state’s commissioner of agriculture from 2011 to 2018. She also served for eight years in the Mississippi state Senate, where she was chair of the Agriculture Committee.

Espy, 64, served in the U.S. House of Representatives from 1987 to 1993 and as U.S. agriculture secretary in the Clinton administration from 1993 to 1994. While he resigned amid accusations that he improperly accepted gifts from companies regulated by the USDA, he eventually was acquitted at trial of corruption charges brought against him.

While Hyde-Smith has taken a brazenly conservative stance on most issues, Espy has also played up his willingness to work with conservatives, and hasn’t promoted some of the more left-leaning policies of his party, such as open borders and Medicare for all.

In talking about the economy, Espy’s campaign website says he promotes worker training and building infrastructure to support business, such as statewide broadband. He opposes Trump’s tax cuts, saying they didn’t have the effect intended.

Hyde-Smith says on her campaign website that she supports increasing national energy production to promote the economy and improve national security. She supports Trump’s tax cuts, and believes in eliminating “burdensome” federal regulations to aid businesses.

On health care, Espy believes in expanding funding of Medicaid and the Children’s Health Insurance Program, lowering the cost of prescription drugs, and bringing down insurance premiums, high deductibles, and placing caps on individual health costs.

Hyde-Smith believes the Affordable Care Act, also known as Obamacare, should be repealed. She supports “common-sense, patient-centered” health care reforms, as long as it doesn’t expand the government’s role in health care.

Espy has said he doesn’t believe in building a wall on the southern border, but does believe in a “secure border” and “enforced immigration laws that are fairly applied to all.”

Hyde-Smith is a proponent of a stronger border and has supported Trump’s wall. On immigration, she says immigrants should come into the country legally.

Hyde-Smith says she wants more state and local control of public education, “while recognizing the role of the federal government to support educational achievement across the country.”

Hyde-Smith has Trump’s full backing, and the president is planning to travel to Mississippi on Nov. 26 to campaign for her, saying she is an “outstanding person” who is “needed in D.C.” She shares his position on the border, the military, crime, health care, and the Second Amendment.

Trump was asked by a reporter about a comment in which she said she would be in the “front row” if she were invited to a “public hanging,” a comment she later apologized for but said it had been twisted and weaponized by her opponents. Trump said she made it somewhat “in jest” and that she felt bad about it.

He said he wasn’t worried about her chances of winning because she has “done a fantastic job in a short period of time” since taking over for Cochran.

His rally stops are to include Biloxi and Tupelo, Mississippi.

I will be in Gulfport and Tupelo, Mississippi, on Monday night doing two Rallies for Senator Hyde-Smith, who has a very important Election on Tuesday. She is an outstanding person who is strong on the Border, Crime, Military, our great Vets, Healthcare & the 2nd A. Needed in D.C.

Besides supporting her personally, Trump is also trying to solidify Republican control of the Senate, which he has complained is hardly a majority now with 51 Republicans, 47 Democrats, and 2 independents who both caucus with the Democrats.

“I always say, if a senator catches a cold, we don’t have a majority,” he told reporters on Oct. 24.