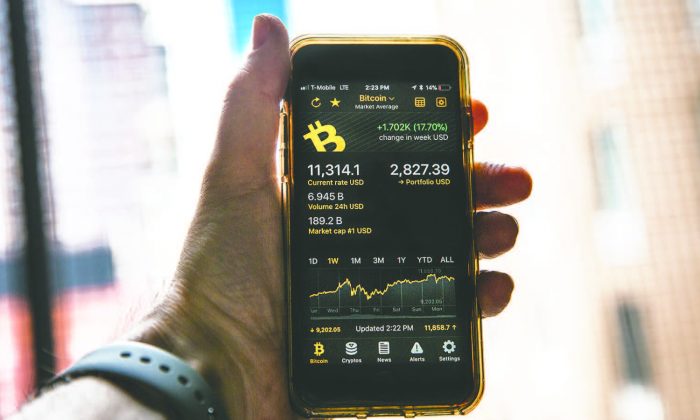 Beyond Bitcoin: The Next Phase of Crypto Disruption Is Here

…And how to profit from it.

Then I guess I’m a geek.

And as a geek, I’ve been fascinated by the concept of cryptocurrencies since day one. It was an evolution of technology that, I think, few saw coming.

Because it did something that no development in internet technology had done before. It not only disrupted the world of technology as we knew it—but created an entirely new economy that people could profit from.

Bitcoin was the first innovation that has paved the way for thousands of new profit opportunities. More are coming, some are already here.

In the beginning, the internet was the great connector. You could fire up your computer and find just about anything anywhere.

For the training wheelset, there was America Online (AOL) that created a mini version of the internet within their own systems that their members could browse. For bolder surfers, you could fire up your Netscape Navigator (the original web browser) and venture out into the wild digital yonder on your own.

The World Wide Web connected computers (“nodes”) all over the world. But it had one distinct characteristic. To get from point A (your browser) to point C (a site you wanted to reach) you had to go through point B (a server that would direct you to your destination).

Now without diving into all the boring intricacies of how networks worked, the point you need to know is that there was always some form of centralized technology between you and wherever you wanted to go.

It was the architecture of the day. It worked well and grew the internet into what we know today.

The one thing you couldn’t do on this marvel of interconnectedness, however, was connect directly to another person, something known as peer-to-peer (or P2P) networking.

Not that attempts weren’t made.

There were some early efforts during the music file sharing era after the notorious platform Napster went down in regulatory flames. Services like Grokster and others wrote software that would actually connect you to another individual computer’s hard drive (running the same software) so you could browse the files they were willing to share.

It never really got off the ground, but the technology laid the groundwork for the next innovation.

And this idea of transacting one-to-one was the groundwork that bitcoin and other cryptocurrencies were built on. We know it today as decentralization.

‘Crypto’ Is Coming Into Its Own

Today the crypto-sphere has evolved way beyond the currency concept that launched it.

Today decentralized network technology has given rise to all kinds of digital assets. One notable star in this digital world is non-fungible tokens or NFTs—digital assets that could be made cryptographically unique. These were originally image files (jpgs and pngs). But they’ve evolved into projects with more real-life functions.

And to accommodate this next growth phase in crypto, another digital entity has been formed—the DAO.

DAO stands for decentralized autonomous organization. It’s a business entity with no central leadership. Unlike say a hedge fund with a manager or a corporation with a CEO or board of directors that make decisions, DAO decisions are made from the bottom-up.

Everyone gets a say with decisions made around rules set on a blockchain. There are proposals made and all DAO members have a specific set of time to make their vote.

This year, I expect a huge rise in DAOs as more and more NFT projects are introduced, which will allow the token holders (the participants in the DAO) to determine how the projects will operate. This may include how farms are managed, what flavors of coffee a Starbucks competitor will create, what island to purchase for the benefit of the community, etc.

Heck, in a few years, we’re going to see professionally managed teams (both traditional and eSports) operate under an NFT DAO and have its holders decide who will be drafted or who will start a game.

Imagine an NFL franchise run but thousands of fans voting on who to draft. Might seem far-fetched, but it’s coming.

DAOs are the next step in the evolution of technology and as they become “investable” I’ll be covering them more in this space.