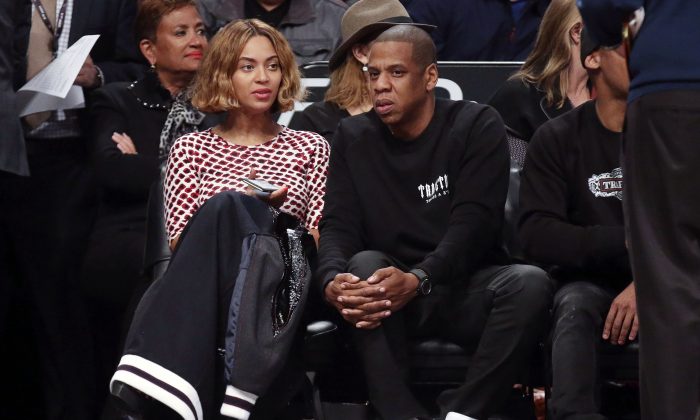 Beyonce and Jay Z have split but have not yet divorced, according to a new report.

The relationship split was prompted by another woman, which “caused Beyonce to end it,” according to the upcoming November 17th issue of In Touch magazine.

“The fight that changed everything,” the magazine teased.

It also said that Jay Z “refused to give up on the marriage.”

And it said that the information came from a bodyguard for one of the stars.

No other details about the report have emerged yet.

The divorce rumors surrounding Beyonce and Jay Z reached a fever pitch near the end of their worldwide tour earlier this year.

For instance, sources told Us Weekly in August that Beyonce was planning a divorce because she was “fed up with faking it.”

The report said that the spouses stayed in separate rooms while traveling for their On the Run tour, while Beyonce went to look at apartments in Manhattan without her husband.

But the rumors died down after it became obvious that they weren’t separating for the time being.

Seemingly addressing the rumors, the couple was very affectionate towards each other at their September 13 concert in Paris, which was later aired as an HBO special. They hugged and kissed after their last song, “Forever Young,” and Beyonce told her husband that “It’s been an honor, I’m your biggest fan, I love you so much.”

“I wanna say it’s been an honor and a pleasure to share the stage with you. I couldn’t dream of anything else than being in a stadium with the woman I love, who I believe is the greatest entertainer of our time. Make some noise for Beyonce! Thank you Paris, France for a beautiful night! We will never forget this!” Jay Z responded.

“All I know is the Jedi mind trick,” he said on KRBE radio in Houston.