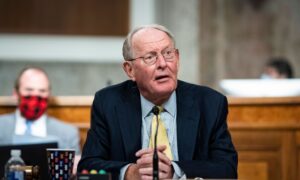 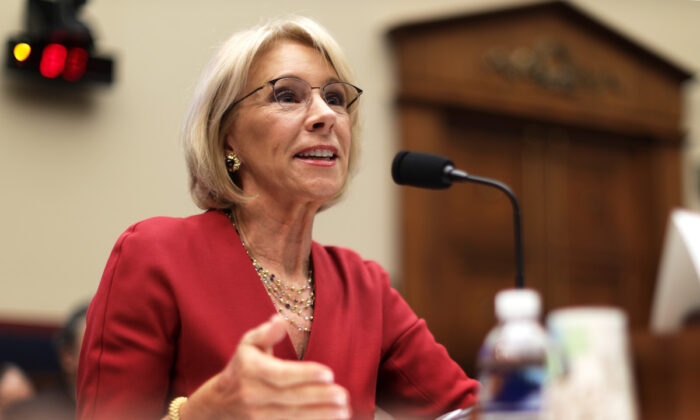 “Policies should never entice students into greater debt. Nor should they put taxpayer dollars at greater risk,” said DeVos. “There are too many politicians today who support policy that does both, still more advance the truly insidious notion of government gift giving.”

“We’ve heard shrill calls to ‘cancel,’ to ‘forgive,’ to ‘make it all free,'” she added. “Any innocuous label out there can’t obfuscate what it really is: wrong.”

DeVos moved on to condemn the idea of allowing students to attend public colleges and universities for free, warning that it is only possible with a heavily regulated system where government decides which institution one is admitted to and how many slots are available in each professional program.

“The campaign for ‘free college’ is a matter of total government control. Make no mistake: it is a socialist takeover of higher education,” she said. “None of you would like the way it will work. You won’t like being forced to tell students they aren’t eligible to attend your school, or that they aren’t allowed to choose the degree program they want, or that your quota for ‘free college’ students is full and that they now have to pay full price.”

DeVos’s comments come as Democrats call for easing some, if not completely eliminating, student loan debt. Democratic presidential candidate Joe Biden said last month that he would immediately forgive $10,000 off of student loans.

“Legislation passed by the Democratic House calls for immediate $10,000 forgiveness of student loans,” Biden said during a press conference in Delaware. “It’s holding people up. They’re in real trouble. They’re having to make choices between paying their student loan and paying the rent, those kinds of decisions.”

Senate Minority Leader Chuck Schumer (D-N.Y.) said earlier that if Biden wins the election, he should in his first 100 days erase $50,000 of student debt for each person, pointing to a proposal he put forth with Sen. Elizabeth Warren (D-Mass.).