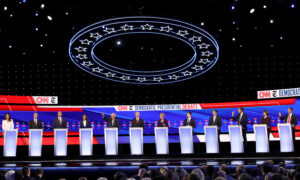 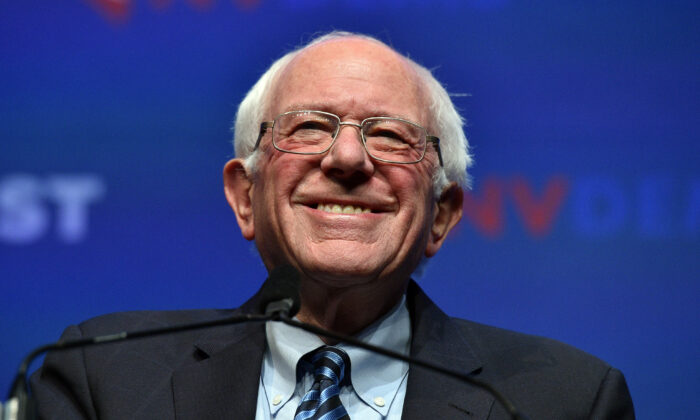 Bernie Sanders Ties for First in New Poll, Back in Second Place in National Poll Average

Sen. Bernie Sanders (I-Vt.) tied for first place in a new national poll and is back in second in the average of national polls, above Sen. Elizabeth Warren (D-Mass.) by nearly one percent.

Former Vice President Joe Biden and Sanders tied with 27 percent each in a newly released Emerson University poll, with Warren in third with 20 percent. That was a boost of 2 percent for Sanders since Emerson’s October poll; Warren was down one point.

Spencer Kimball, director of Emerson polling, said in a statement that “the only angle and hope candidates like Bloomberg or Patrick have for the nomination is a brokered convention, and while unlikely, the elimination of Super Delegates in 2020 makes it more possible though it hasn’t happened since 1952 for either party.”

Emerson polled 468 Democratic voters and that portion of the survey had a margin of error of 4.6 percent.

“Biden and Sanders continue to hold their bases, which should concern Warren, as she has waited for one of the front runners to slip these past few months—yet, their support seems to be crystalizing,” Kimball stated.

Buttigieg is fourth with 7.8 percent, Harris is fifth with 4 percent, Yang is sixth with 2.8 percent, and Bloomberg is next with 2.3 percent. Rep. Tulsi Gabbard (D-Hawaii) is the only other candidate with an average of 2 percent or better, with 2 percent.

The three polls out before Emerson’s survey showed Biden with strong leads of at least 8 percent.

An Economist/YouGov survey (pdf), for instance, showed Biden with 30 percent support, Warren with 22 percent, Sanders with 12 percent, and Buttigieg with 9 percent.

A Hill/Harris X survey released recently showed Biden with 30 percent, Sanders with 18 percent, Warren with 15 percent, and Buttigieg with 7 percent. Bloomberg garnered 3 percent in that poll.