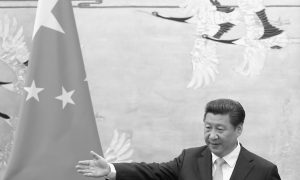 Bernanke: Dump Jackson, Not Hamilton, on US Currency

WASHINGTON—Former Federal Reserve chief-turned blogger Ben Bernanke is calling for the U.S. Treasury to abandon plans to drop Alexander Hamilton from his featured spot on the $10 bill and to dump Andrew Jackson from the $20 instead.

Bernanke wrote Monday that he is “appalled” by Treasury Secretary Jacob Lew’s plans to replace Hamilton with a woman. In a post titled “Say it ain’t so, Jack,” Bernanke wrote that adding a woman is “a fine idea, but it shouldn’t come at Hamilton’s expense.”

He called the first Treasury secretary “without doubt the best and most foresighted economic policymaker in U.S. history.”

By contrast, Jackson, president from 1829 to 1837, was “a man of many unattractive qualities and a poor president.” Jackson opposed attempts to establish a U.S. central bank.

“Given his views on central banking,” Bernanke wrote, “Jackson would probably be fine with having his image dropped from a Federal Reserve note.”

Bernanke was effusive about Hamilton, noting that he helped create the US Constitution and knit 13 fractious states into a single economic unit.

The Treasury last week revealed plans to put a woman on the $10 note, which has featured Hamilton since 1929. Candidates include Harriet Tubman, Eleanor Roosevelt, and Rosa Parks. The Treasury said that Hamilton wouldn’t disappear from the redesigned $10 bill and that it might print two bills, one with Hamilton.

On his blog, Bernanke was effusive about Hamilton, noting that he helped create the U.S. Constitution and knit 13 fractious states into a single economic unit. The 19 countries that use the euro currency are struggling now with similar issues—which is why Bernanke said he recommended Ron Chernow’s 2004 biography of Hamilton to European Central Bank President Mario Draghi.

Bernanke stepped down as Fed chair in 2014 and is a distinguished fellow and blogger at the Brookings Institution.