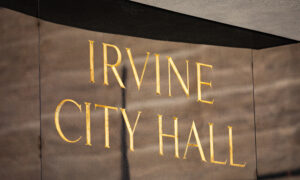 The US Dollar is higher against most of the majors in early trading after comments from the Federal Reserve Chairman (Bernanke) which showed that the Fed is of the opinion that consistent monetary accommodation will be required in order for US employment data to show further improvement.  The comments were supportive for regional equity markets (with the S&P 500 continuing to trade near its yearly highs).  Today’s US consumer confidence figures will be the key gauge for today in determining whether or not the latest rally can push to new highs.

In the UK, the FTSE 100 futures are currently 20 points higher, with today’s macro driver coming with the CBI Reported Sales figures for the month of February.  This will be followed by earnings releases from Wolseley, Kazakhmys, Resolution, and Bellway.  One of the bigger stories this week detailed the results of a scientific study which showed that the 2010 BP oil spill caused damage to sea floor coral over seven miles from the epicenter, and this continuing to weigh on the company’s outlook as this will likely increase clean up costs and keep negative BP stories in the media for quite a while.

In the US, the main reports will come with this month’s Consumer Confidence survey, the Case-Shiller Home Price Index and the Richmond Fed Manufacturing report.  Corporate earnings will be coming from Walgreen’s, McCormick and Co., Lennar, Synnex Corp., and Astea International.  Monday’s decliners included Apollo Group, which dropped nearly 4 percent despite its second earnings figures for the second quarter which did manage to beat analyst estimates.

Large gains were seen from Landec and Opnext, which rallied 12 and 57 percent, respectively, on news of a merger with Oclaro currently being valued at $176 million.  These numbers helped lift the S&P 500 1.4 percent higher on the day, aided in large part by the supportive comments from Bernanke.  In Europe, the main data will come with the German Import Price Index and GfK Consumer Confidence report.  Out of Switzerland we will see the UBS Consumption Indicator.  Earnings releases will come mostly from financial companies, with UniCredit, Unione di Banche Italiane, and Banca Popolare di Milano Scarl scheduled to report.

The EUR/USD has rallied nicely in the last few sessions but is still coming into some major long term trendline resistance that could pose some problems going forward.  The level to watch going forward comes in at the psychological level at 1.34 and a break here will start to shift the longer term bias back to bullish.  But the level is valid until it breaks, so short positions are still favored.  Downside support comes in first at 1.3290, followed by 1.3220.

The FTSE 100 is starting to be confined within a very tight range, which is suggestive of a forceful and decisive break in the longer term time frame.  The next break should have some significant follow through and right now the main levels to watch come in at 6080 and 5750.  Current levels still favor short positions, a downside break will likely create the most volatility and target 5090 on the weekly charts.