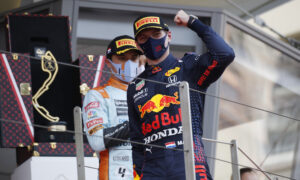 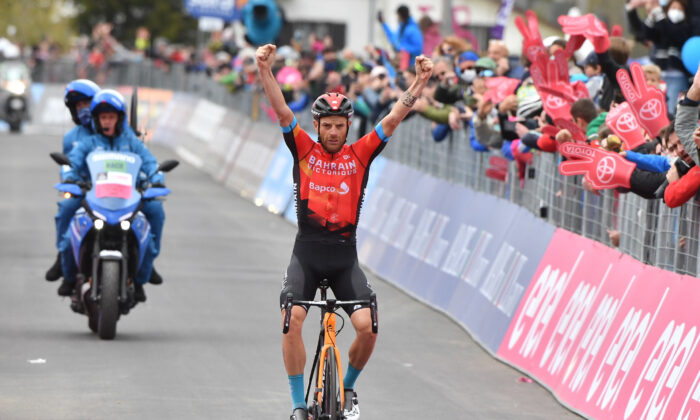 MADESIMO, Italy—Italian Damiano Caruso earned a first Grand Tour victory in the 20th and penultimate stage of the Giro d’Italia, a 163-kilometer (101-mile) ride from Valle Spluga to Alpe Motta, on Saturday, as Egan Bernal closed in on the overall title.

Pink jersey holder Bernal, with his determined INEOS Grenadiers team mates around him, stayed at the head of the peloton for much of the race, keeping the gap between him and the race leaders a manageable one going into the final stages.

British rider Simon Yates, who started the day third in the general classification, two minutes 49 seconds behind Bernal after winning stage 19 on Friday, kept pace with the Colombian as other riders dropped out during the final mountain stage.

Daniel Martinez kept up team mate Bernal’s pace before the Colombian came home in second, meaning he will take a lead of one minute 59 seconds into Sunday’s final time-trial stage in Milan, where only a disaster will deny him a first Giro title.

“We knew how to manage the race again today,” Bernal said. “My team mates did a great job and managed things perfectly. I have to thank them.

“I was scared of losing. I’m full of different emotions. I had the legs and the team in place but there was Caruso up front who was a GC [general classification] rival.

“When he got 30 or 40 seconds in front, even if I felt good, I was worried I could suffer. It was easy to lose 1:30 and then have to fight in the final time trail.”

Caruso’s win should see him earn a maiden podium finish on the Grand Tour, with Team BikeExchange’s Yates all-but assured of third in the general classification due to his commanding advantage over Aleksandr Vlasov in fourth.