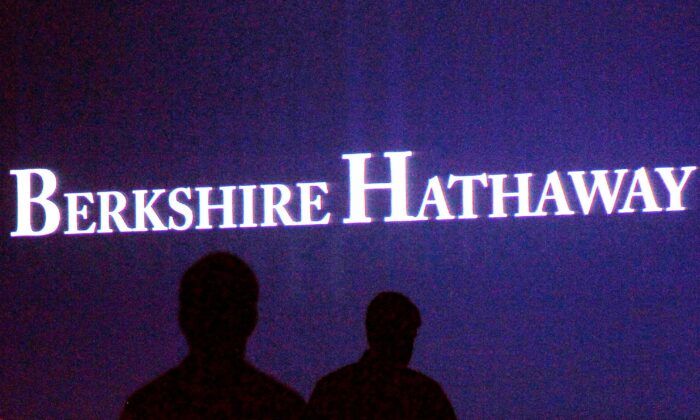 Berkshire Hathaway shareholders walk by a video screen at the company's annual meeting in Omaha, on May 4, 2013. (Rick Wilking/Reuters)
Business & Markets

Warren Buffett’s Berkshire Hathaway Inc has bought another 5.9 million shares of Occidental Petroleum Corp, boosting its stake in the oil company to about 15.2 percent.

The purchases were made on Monday and Tuesday and cost about $336 million, Berkshire said in a regulatory filing on Wednesday night.

Shares of Occidental rose as much as 4.7 percent to $64.49, their highest since April 2019, in Thursday morning trading, as broader stock indexes declined.

The share price has more than doubled this year, benefiting from Berkshire’s purchases and rising oil prices following Russia’s invasion of Ukraine.

At Berkshire’s annual shareholder meeting on April 30, Buffett said he bought Occidental shares from Feb. 28 to March 16 after reviewing an analyst presentation.

He also expressed confidence in Chief Executive Vicki Hollub, including her plan to reduce debt.

“She says she doesn’t know the price of oil next year. Nobody does,” Buffett said. “But we decided it made sense. And two weeks later, we had 14 percent.”

Buffett also said many investors have in the last couple of years focused on flashier stocks, causing markets at times to resemble a casino or gambling parlor.

He said that freed Berkshire to invest rapidly in “a business that’s been around for decades.”

Berkshire has been on a spending spree in 2022.

It spent $51.1 billion on equities in the first quarter, including an increased $25.9 billion stake in oil company Chevron Corp.