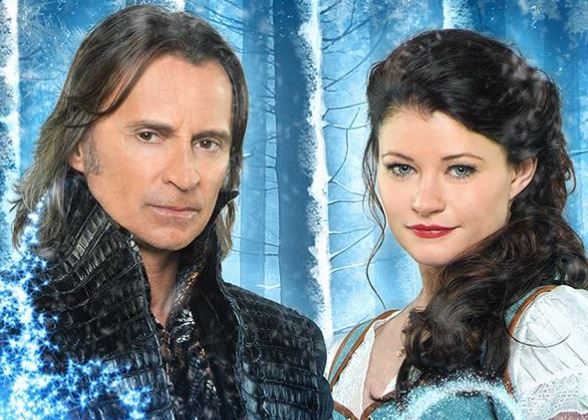 Belle and Rumple: What Happens to Rumpelstiltskin and Belle in Once Upon a Time Season 4?

Rumplestiltskin and Belle are one of the most popular couples on Once Upon a Time and fans are wondering what happens to them in season 4.

The season 3 finale had the pair finally getting married and ready to go on a honeymoon, but Rumple deceiving his new bride by giving her a fake version of the dagger.

Robert Carlyle (Rumple) says that things start out well for the newlyweds but eventually devolve.

“It’s unfortunate that [their marriage] starts off with a lie, you know, because he has this dagger that he switched on her. That really comes home. It roosts in the first few episodes, in fact,” he told Mashable.

“Someone finds out about that, in fact, I can tell you that. So he’s in a bad situation and that’s going to continue.”

He added to THR that things go well for a little while but eventually hit a low at the end of episodes nine and 10.

The official description for the premiere says that Gold finds an intriguing object that makes him question whether or not he should officially give Belle control over the dagger that makes him The Dark One.”

Emilie de Ravin (Belle) said earlier this year that Belle will find out about the dagger.

“I think something is going to go down. She’s going to have to find out about the dagger,” she said.

“Something tells me she’s not going to be terribly happy about that.”

Then again, Belle has always been able to forgive Rumple, so while a fight may be on the way, the couple should ultimately stay together. “Belle is very, very forgiving,” she said.

And it was revealed previously that Belle and Rumple will be recreating the dance scene from Beauty and the Beast in season 4.

Meanwhile, it’s been revealed that some of Belle’s backstory from before she met Rumplestiltskin will be explored.

Frances O’Conner was cast to play Belle’s mother Collette, who will appear for the first time in episode 6 and may appear in further flashbacks.

Regina, Robin Hood, Marian: What Happens in Once Upon a Time Season 4 with Love Triangle?

Once Upon a Time Season 4 Episode 1 Spoilers: What to Look for in Premiere (+Air Date, Trailer)