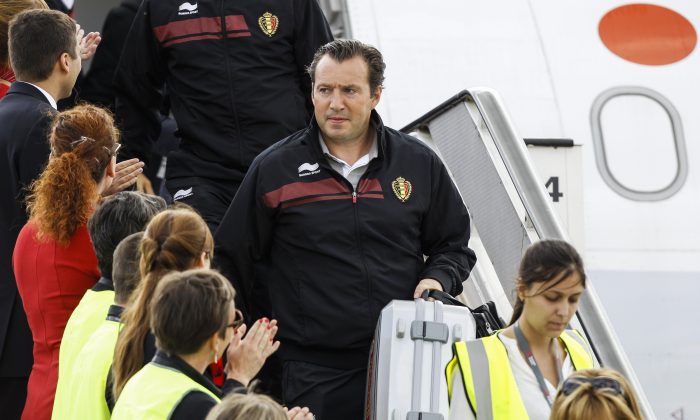 The head coach of the Belgian national football team, Marc Wilmots, arrives on July 7, 2014 with players at Brussels Airport in Zaventem after Belgium was eliminated by Argentina on July 5 from the 2014 FIFA World Cup in Brazil. (THIERRY ROGE/AFP/Getty Images)
Europe

Belgium and Australia are set to play in an international friendly match on Thursday, September 4.

The game will be broadcast on La Une in Belgium.

The game will also air on Fox Sports 1 Australia in Australia.

Belgium are 2/5 to win the match, as compared to 8/1 for Australia, as per OddsChecker.