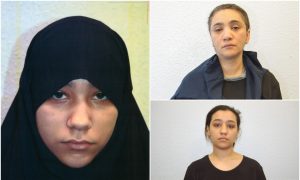 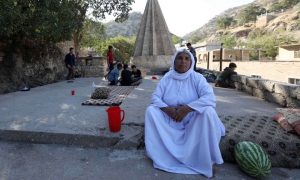 University Professor Gets Student Rescued Out of ISIS Stronghold
0 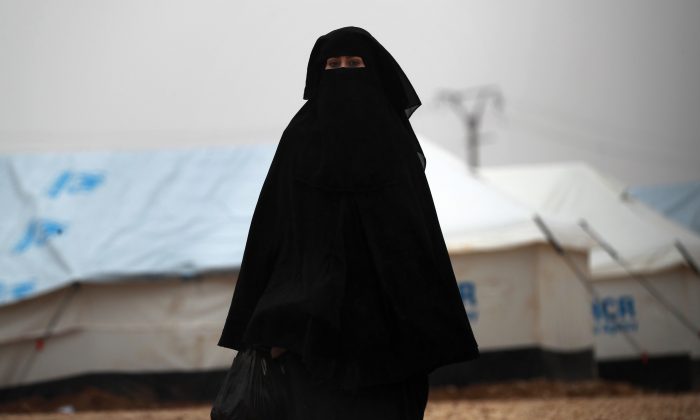 A fully veiled woman walks at the camp of al-Hol in al-Hasakeh governorate in northeastern Syria on Dec. 17, 2018.(Delil Souleiman/AFP)
Europe

Belgium to Appeal Against Order to Repatriate ISIS Families

BRUSSELS—Belgium will appeal a judge’s order forcing it to repatriate from Syria two Belgian women convicted of being members of the ISIS terrorist group and their six children, the migration minister said Dec. 30.

A judge said Dec. 26 that Belgium had to bring back Tatiana Wielandt, 26, Bouchra Abouallal, 25, and the children they had with terrorists, from the Al-Hol camp in a Kurdish-dominated part of Syria, where they are being held.

Maggie De Block, the minister in charge of migration policy, told broadcaster VTM that a distinction had to be made between the mothers and the children.

“The children have not chosen to be born in such circumstances … Four of the six are Belgian children, they have grandparents here, one child is reportedly very ill. We are responsible for seeing what we can do,” she told VTM.

She did not specify what the country might do about the other two children.

“The mothers, that’s a different story. They have been convicted here. They have contributed to the planning of terrorist attacks here. I think we have to assess the risks and not just willingly accept them.”

An Antwerp court in March convicted both women in absentia of being members of ISIS; they were sentenced to five years in jail.

The judge said Dec. 26 that Belgium must organize the travel within 40 days after being notified of the decision or pay a daily penalty of 5,000 euros ($5,718) for each child, up to a maximum of 1 million euros.

Hundreds of European citizens, many of them babies, are being held by U.S.-backed Kurdish militias in three camps since ISIS was ousted from almost all its territory last year, according to Kurdish sources.

European nations have been wrestling with how to handle suspected terrorists and their families seeking to return from combat zones in Iraq and Syria. France is working to bring back children held by Syrian Kurdish forces, but will leave their mothers to be prosecuted by local authorities, French officials have said.

The Kurds say it isn’t their job to prosecute or hold them indefinitely, leaving the women and children in legal limbo.

The United States has taken custody of some citizens, as have Russia and Indonesia, and wants Europe to do the same—fearing the camps may breed a new generation of terrorists.

In Europe, there is little sympathy for terrorists’ families with the trauma of deadly attacks still fresh in many capitals.

However, mounting concern over abandoning hundreds of children with a claim to EU citizenship—most of them under the age of six—is pushing governments to quietly explore how to tackle the complexities of bringing them back.