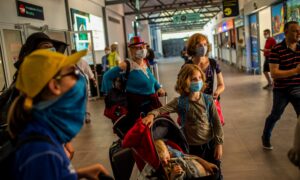 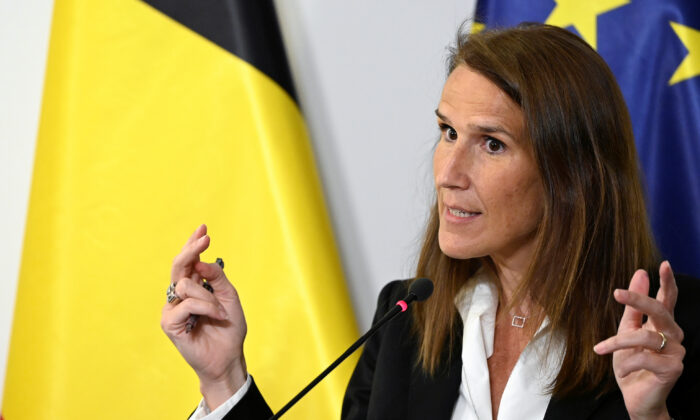 Belgium's Prime Minister Sophie Wilmes holds a news conference after a meeting of the National Security Council amid the coronavirus disease (COVID-19) outbreak in Brussels, Belgium, on July 23, 2020. (Dirk Waem/Pool via Reuters)
Europe

BRUSSELS—Belgium will tighten COVID-19 containment measures on July 25 after a rise in infections, Prime Minister Sophie Wilmes said, requiring the use of face masks in crowded outdoor public spaces and tracing measures at restaurants and bars.

The home to the headquarters of the European Union and NATO imposed a lockdown on March 18 in an effort to contain the outbreak, which has claimed 9,808 lives in a country that has one of the world’s highest fatality rates per capita.

The government later eased the lockdown and had planned to loosen restrictions further on Thursday, but a series of localized outbreaks and a 91 percent spike in nationwide infections last week forced an about-turn.

“The latest figures should not throw us into panic but have to be taken seriously,” Wilmes told a news conference on Thursday.

Under the new measures, Belgians will have to wear a mask in public, including at outdoor markets, shopping streets and other crowded sites.

Tighter measures will also be imposed on bars and restaurants, where masks will become compulsory for those not seated. Customers will also have to leave their contact details to facilitate tracing in case of localized outbreaks. Night shops will have to close by 10 pm.

However, the government stopped short of imposing stricter restrictions, such as checks on all travelers returning from abroad or shortening opening hours for bars and restaurants.

Belgians will continue to be allowed to meet as many as 15 friends a week after the government decided against cutting the number to 10, Wilmes said.

An easing of restrictions could be announced on Sept. 1, Wilmes said, potentially allowing a resumption of trade fairs.