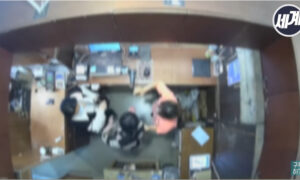 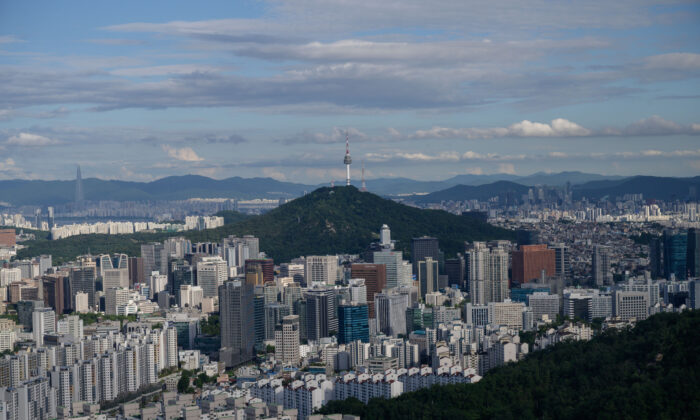 Belgium’s ambassador to South Korea has been recalled after his China-born wife slapped a shop assistant in Seoul, causing an uproar across the country.

On May 28, Belgium’s foreign ministry said in a statement that Foreign Affairs Minister Sophie Wilmes had decided to end Ambassador to South Korea Peter Lescouhier’s tenure this summer, a post he has held for three years.

In early April, Lescouhier’s wife, Xiang Xueqiu, slapped a clerk in a clothing store in Seoul after the employee wrongfully accused her of shoplifting. The incident was caught by a security camera, and the footage was widely circulated on social media, drawing strong criticism of Xiang’s behavior.

On April 22, Lescouhier said that his wife, Xiang, was receiving treatment in the hospital due to a sudden stroke after the incident, and that the police investigation had been postponed. He officially apologized on his wife’s behalf.

However, some South Koreans weren’t satisfied with the apology.

Public outrage was triggered again when news broke on May 18 that Xiang had claimed diplomatic immunity to avoid criminal charges for the assault.

On May 28, the Belgian Embassy in South Korea posted on Facebook confirming that Xiang had met with and apologized to the two shop assistants involved in the incident in a private meeting after being discharged from the hospital. It added that at the request of South Korean police, Xiang’s diplomatic immunity had been revoked and that she would fully cooperate with the police investigation, health permitting.

However, South Korean media reported that according to South Korean foreign affairs officials, the Belgian government’s “revoking of diplomatic immunity” was only limited to the police questioning that had already taken place and didn’t mean that Xiang would be subject to further judicial procedures, such as court trials.

“It has, however, become clear that the current situation does not allow him to continue carrying out his role in a serene manner,” Belgium’s foreign ministry said regarding its decision to recall Lescouhier.

This year marks the 120th anniversary of the establishment of bilateral relations between Belgium and South Korea. Wilmes and the Belgian government expressed in the statement that they highly valued the long-term friendship based on firm political and economic ties between the two countries.

It has been reported that Xiang was born in Beijing in 1958 and worked in the Chinese communist regime’s foreign affairs office. She met Lescouhier in China.

The news of the Belgium ambassador’s recall has been a hot topic in China. A Chinese netizen commented: “Even though the clerk made a mistake, [Xiang] shouldn’t have gone behind the counter to slap her. That’s not dignified behavior befitting a diplomat’s wife. It’s not the first time that Chinese have behaved wildly in other countries.”

Another said, “She’s blown her own cover,” while in another post, someone blamed the lack of refined behavior among many Chinese on the destruction of traditional Chinese customs and values under communist rule.

“Today’s culture in mainland China under the Chinese Communist Party is nothing like the traditional Chinese civilization,” they said.

Other comments speculated on the mentality behind the wife’s aggression. “The ‘wolf warrior’ mentality has been deeply implanted in the hearts of Chinese people,” one person said. Another commented, “The Chinese Dama is still a communist bandit in her bones even though she changed her nationality.”