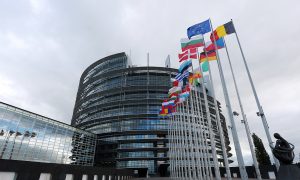 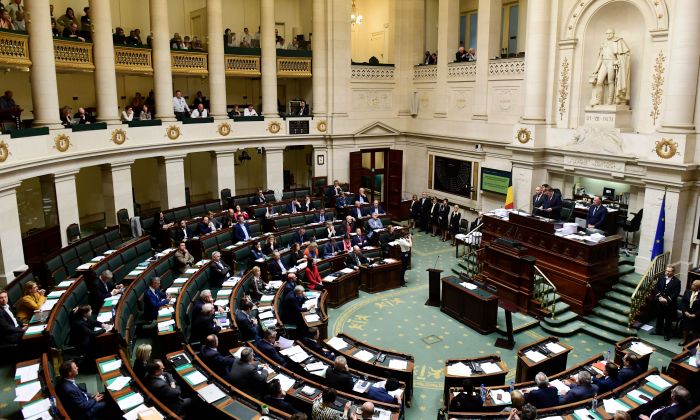 Belgian lawmakers attend a plenary session of the Chamber at the Federal Parliament in Brussels on April 4, 2019. (LAURIE DIEFFEMBACQ/AFP/Getty Images)
China Human Rights

Belgium’s primary legislative body passed a new bill on April 25 that would punish all parties involved in the buying and selling of human organs for commercial purposes. Violators face up to 20 years imprisonment with a 1.2 million euros ($1.35 million) fine.

This law is not only effective within Belgium; it prohibits all Belgian citizens from procuring organs, regardless of where the transaction took place—effectively banning medical tourism for organ transplants.

All 134 members of the parliament’s upper house, the Chamber of Representatives, who were present voted for the new addition to the penal code. The bill will next move to the Senate, after which the king will sign it into law.

The regulations stipulate that the organ seller and recipient, as well as any middlemen, doctors who were consulted, or other medical workers who participated in the sale of organs for profit, will be punished under the law.

In cases where the transplant procedure resulted in the death of the donor, those involved face up to 20 years imprisonment and the 1.2 million euro fine. If an organized criminal group is involved in such trade, all individuals in the group can be punished under the law.

The amendment to the penal code first was raised by Valerie Van Peel, member of the New Flemish Alliance and Chamber of Representatives member since 2014; and Vincent Van Peteghem, member of the Christen-Democratisch en Vlaams party and lawmaker since 2016.

Van Peel wrote in a supporting document that as long as human organs have economic value, Belgian laws “should be more strict” to prevent organ trafficking from proliferating.

In explaining what constitutes illegal organ transplant procedures, the proposal brings up the issue of forced organ harvesting, a scenario in which organs are involuntarily removed from individuals who did not express consent.

The legal text also includes a clause referencing a resolution condemning forced organ harvesting in China that was passed by the European Parliament in December 2013.

The resolution expressed “deep concern over persistent and credible reports of systematic, state-sanctioned organ harvesting from nonconsenting prisoners of conscience in the People’s Republic of China, including from large numbers of Falun Gong practitioners imprisoned for their religious beliefs, and members of other religious and ethnic minority groups.”

Falun Gong, also known as Falun Dafa, is a traditional Chinese spiritual practice with moral teachings based on truthfulness, compassion, and tolerance. Introduced to the Chinese public in 1992, the practice soon gained popularity, with official estimates of roughly 100 million practitioners in mainland China by 1999. Fearing the popularity threatened the Chinese regime’s authority, then-Chinese Communist Party leader Jiang Zemin launched nationwide persecution of Falun Gong practitioners in July 1999, rounding up adherents and throwing them into detention facilities, labor camps, and brainwashing centers in an effort to eradicate the faith.

In 2006, the first eyewitness gave a public account of how imprisoned Falun Gong practitioners had organs forcibly harvested from them, killing them in the process. Since then, independent researchers have published multiple investigative reports confirming the allegations.

According to international NGO Doctors Against Forced Organ Harvesting and the World Organization to Investigate the Persecution of Falun Gong, dozens of transplant hospitals in China still are involved in organ harvesting from prisoners of conscience, including Falun Gong practitioners.

There are also a growing number of reports from Uyghur Muslims who survived detention inside “re-education” camps in the Xinjiang region that authorities are targeting them for organ harvesting.

In an October 2018 interview with The Epoch Times, a 54-year-old Kazakhstan national and former detainee at a camp in Urumqi said that authorities divided inmates into two groups: those with or without family members abroad.

“[The Chinese regime] escalates their organ harvesting business, so they will kill those with nobody outside the country, with nobody questioning or asking about them,” the woman said.

“[Belgium] is the first country in Europe that refers to the European Resolution of 2013. That’s a very important step because it refers to what is happening in China concerning the forced organ harvesting,” she said.

Van den Brande, who is also a lecturer at the University College of Leuven–Limburg in Belgium, said she would not recommend that medical students go to China for an international internship, as the new penal code will prosecute the healthcare providers who are implicitly involved in forced organ harvesting.

“I hope other European countries will follow this example of Belgium,” Van den Brande said.