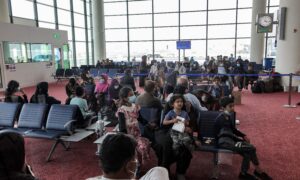 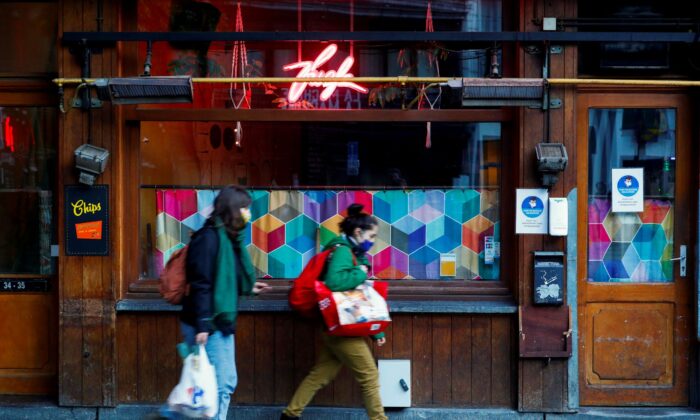 People walk past a closed restaurant, as restaurants were forced to close for four weeks, after a Belgian federal government decision in order to tackle a surging second wave of the coronavirus disease in the country, in Brussels, Belgium, on Oct. 19, 2020. (Francois Lenoir/Reuters)
Europe

Belgium, Except for Brussels, to Scrap COVID Restrictions on Restaurants, Cafes

BRUSSELS—Belgium will scrap COVID-19 restrictions on restaurants and cafes, allowing them to operate under their usual hours as part of the government’s reopening plan and as more than two-thirds of the population have been vaccinated.

But the measures, which will take effect on Sept. 1, will not apply to Brussels, home to the European Commission, the European Parliament, and NATO, because of the low vaccination rate in some parts of the city.

Prime Minister Alexander De Croo urged Belgians who have yet to get their jabs to do so as soon as possible, adding that vaccination would be mandatory for healthcare workers.

“Today, more than eight out of 10 adults are fully vaccinated. We can now take this further step,” he told a news conference.

While there will be no limits on the number of people sitting together at a table and no social distancing curbs, restaurant diners and cafe goers will still have to wear masks.

Restrictions and mask wearing requirements will be scraped for indoor events with up to 200 people and up to 400 for outdoor events. Events exceeding those numbers will only be open to people who have been vaccinated and have a negative virus test or have recovered from the virus.

Discotheques and dance halls will be allowed to re-open on Oct. 1.

Seventy-two percent of the population have received at least one jab of vaccines compared with 62 percent of young people between 12–17 years, according to figures released by authorities on Friday. Belgium has 1.16 million confirmed cases, 25,312 deaths, and 77,129 patients admitted to hospitals, the data showed.