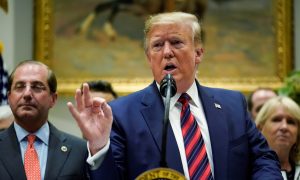 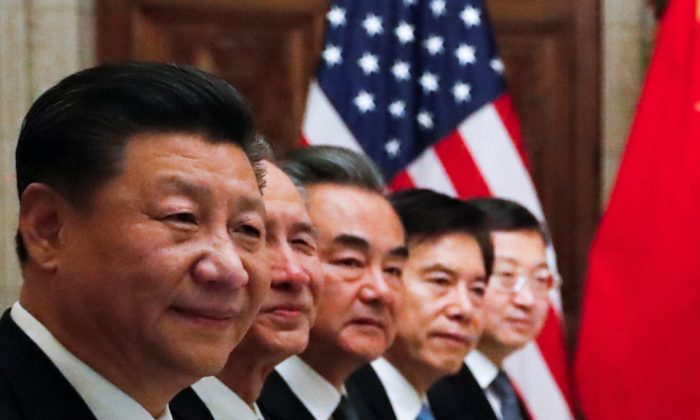 An article in the Chinese regime’s ideological journal appears to set the tone for the upcoming trade talks between Chinese leader Xi Jinping and U.S. President Donald Trump during the G-20 Summit, which begins June 28.

If the article in the June issue of Qiushi truly conveys Xi’s attitude, it’s almost 100 percent certain that the two leaders won’t reach an agreement. The lengthy editorial about the U.S.–China trade war took up two full pages when People’s Daily republished it on June 17.

The editorial predicts that the United States will become increasingly “isolated” in the international community as it continues to challenge and break international rules, while China will be able to turn the “crisis” into “opportunities.” That’s in addition to Beijing’s usual clichés and rhetoric when referring to the trade dispute, such as blaming the United States for bullying China in trade negotiations and declaring that China will never give in.

In a section titled “China’s Position and Attitudes Towards Sino-U.S. Trade and Economic Frictions,” it’s claimed that the fundamental difference between the United States and China is that the former is taking the “old road of hegemony” and the latter the “new path of building a community of common destiny for mankind.”

As Qiushi represents the most important policy decisions from the Central Committee of the Chinese Communist Party (CCP), the article offers a glimpse of what Xi’s posture may be in his G-20 meeting with Trump in Japan. However, if the article represents the attitude of hardliners within the party or the faction of former Party leader Jiang Zemin, then it’s their intention to set the tone for the Trump–Xi talks.

So far, Xi has cooperated with the hardliners, which has placed him in a perilous situation. If he fails to break through to achieve reforms or to honor the previous promises he made to the United States—with another round of U.S. tariffs threatening the Chinese economy—even Xi’s survival will be at risk.

The editorial, however, boasts about China’s economy, stating that China’s economic miracle is the result of “successfully combining socialism with market economy.” Therefore, “China is confident and capable of handling any economic challenges and risks.”

But in actuality, under the pressure of the trade war, China’s economic development has fully revealed its aberrant nature. The Trump administration has many cards it can play, and has been able to deal a heavy blow to China’s economy merely by imposing tariffs and banning Huawei and ZTE.

In recent months, China’s exports and imports have both declined sharply. China’s stock market was hit by a large outflow of foreign capital, and a large number of private enterprises have closed or moved to Southeast Asia. The unemployment rate has reached a new high. Food prices are soaring. China’s currency, the yuan or renminbi, is facing the pressure of substantial devaluation.

Sun Liping, a professor of sociology at Tsinghua University and Xi’s former mentor, published an article in 2018 on the Chinese social media platform WeChat about the trade war.

Sun said that the United States has natural resources within its borders that sustain it. In addition, many allies around the world can provide markets even if the Chinese market disappears.

“If the trade war took a turn for the worse, it would, at most, seriously harm the U.S. economy,” he pointed out. “But for China, it’s an issue of survival.”

Zhou Xiaohui
Follow
Zhou Xiaohui is a former college professor. He has been contributing commentaries to The Epoch Times on Chinese politics, history, and culture since 2009.
TOP NEWS