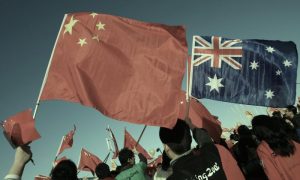 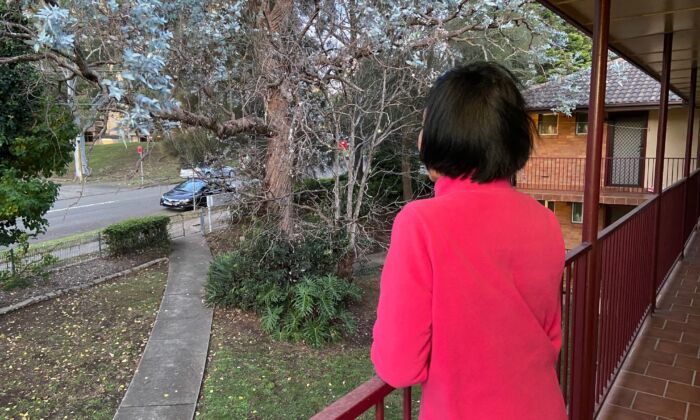 It was a “bone-chilling moment” for Eve Zhan when her son in China told her he had just been shown a video of her participating in a community event in Sydney.

Her son described the video to her, saying it showed Zhan handing out flyers in a “plaza” around September 2018.

“I thought about when those videos were made and believe I was at Martin Place (in the CBD),” she told The Epoch Times in Mandarin.

Like many Falun Gong meditation group members, Zhan has been a target of monitoring and intimidation from Beijing.

“Members of our diverse communities have been both victims of interference and used as vectors to engage in foreign interference,” then-Acting Immigration Minister Alan Tudge told the National Press Club.

“Despite now being proud Australians, some communities are still seen by their former home countries as ‘their diaspora’—to be harassed or exploited to further the national cause,” he added.

The video was supplied to her son as part of an ongoing legal dispute involving Zhan’s family and Chinese authorities.

According to Zhan, the People’s Procuratorate—akin to a public prosecutor in the West—was attempting to prove she was “endangering national security.”

However, the law is applied broadly to encapsulate a wide range of activities including those who raise awareness of the Chinese Communist Party’s (CCP) human rights or democratic abuses, or to those who practice Falun Gong.

Falun Gong is a traditional exercise practice that originated in China. People who practice the system try to live their life according to the core principles of truthfulness, compassion, and tolerance.

Being found guilty of “endangering national security” attracts penalties such as death or confiscation of property, according to Article 113 of the Criminal Code of the People’s Republic of China (pdf).

Zhan, now in her 60s, alleges the video “evidence” shown to her son was used to prove she practiced Falun Gong, and in turn, was a risk to the security of the CCP.

Details of the case and Zhan’s real name are being withheld due to safety concerns.

Falun Gong, with its meditation practice that encompassed both Buddhism and Daoism, spread widely in China during the 1990s, growing to over 100 million adherents.

However, in July 1999, former Chinese leader Jiang Zemin launched a nationwide persecution on the practice—despite protests from fellow Politburo members—declaring that the CCP would “ruin their reputations, bankrupt them financially, and destroy them physically.”

As a result, millions of Falun Gong adherents became victims of the persecution, with many imprisoned, tortured, and compelled to renounce their faith. Family members were also targeted and encouraged to pressure adherents to quit the practice.

But the persecution did not just stay in China. It was exported around the world, including to Australia.

“This way, this person would be part of a larger list and would not be allowed to enter China anymore,” he added.

Chen famously claimed the CCP had over 1,000 spies implanted throughout Australian society. Many were casual informants occasionally providing intelligence to Beijing.

“The main mission for CCP spies is to monitor the activities of groups who oppose the CCP, especially pro-democracy activists,” he added.

“I think people should not, theoretically, fear reprisals in Australia for what they do,” he told The Epoch Times. “However, on the ground, it seems there is a problem, particularly with a foreign nation, having its operatives or ‘agents of influence,’ spying on people in Australia.”

“That causes a problem when there are links to foreign nations—whether that link is family, property, assets, or a bank account—they can be penalised, or find their family thrown in jail, or thrown out on the street,” he added.

“We need to be more mindful that this activity is going on and take measures to quash it.”

John Deller, a committee member of the Falun Dafa Association of Australia, said incidents of spying on Falun Gong practitioners have been ongoing since the persecution of the practice began in 1999.

“CCP spies in Australia do not just work out of the Embassy or Consulates. They inhabit a multi-layered system built into Chinese migration, particularly over the past 20 to 30 years,” he told The Epoch Times.

“The workings of the CCP’s United Front are now widely reported in Australia. It uses an extensive network of Chinese ‘associations’ that link to Beijing and prey on Chinese people’s connection to the motherland. They provide information on anything that interests the CCP,” he added.

The United Front Work Department is Beijing’s foremost foreign influence body and has been accused of engaging in extensive interference in the political activities of Western nations, including Australia, New Zealand, and the United States.

Groups outside of Falun Gong have also been subjected to extensive monitoring, including Uyghurs and Cambodian communities.

The Australian Security and Intelligence Organisation (ASIO) said it engages regularly with over 100 different ethnic and religious groups to “protect Australians from threats to their security.

“Some foreign governments seek to interfere in diaspora communities to control or quash opposition or dissent deemed to be a threat to their government,” an ASIO spokesperson told The Epoch Times.

“Such interference has included threats of harm to individuals and/or their families, both in Australia and abroad,” he added. “In some cases, foreign governments will seek to use members of the diaspora community in Australia to monitor, direct and influence the activities of the same diaspora communities.”

Meanwhile, Deller warned that fear was the worst response to such activity.

“It does not help to be afraid of that—the CCP uses fear to control people,” he said. “We should be alert and prepared to confront and expose such activity. The greatest fear we should hold as Australians is that we do nothing.”